Enjoy a virtual tour of Arromanches-les-Bains a seaside resort on the Atlantic coast made famous by the D Day landings of Normandy.

I only spent a few hours here, but Arromanches is a very moving place, you still get a strong sense of the huge effort involved in the Allied invasion to liberate France and the rest of Western Europe from June 1944 on. Despite all its sombre reminders of the shattering war effort, Arromanches has a good deal of charm, with it’s huge beach and cliff walks. Wandering around the port, you can also spot some intriguing memorials. 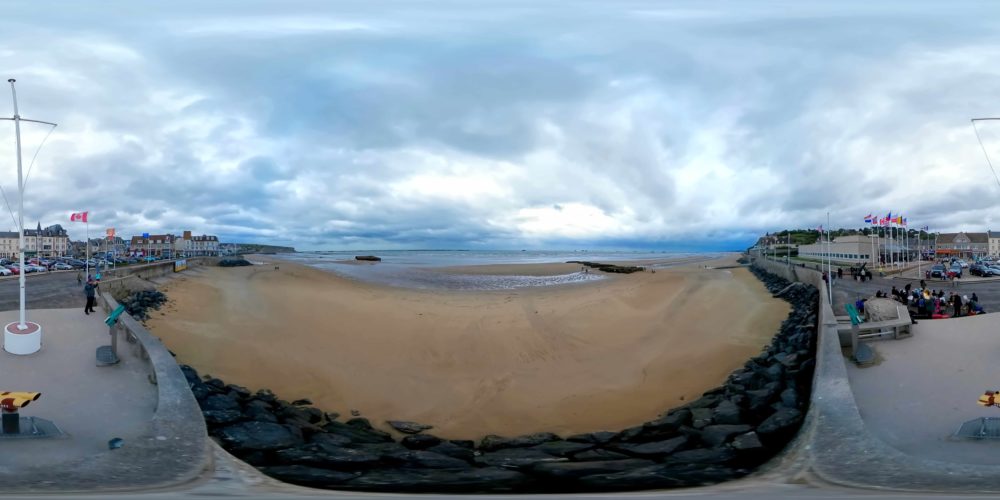 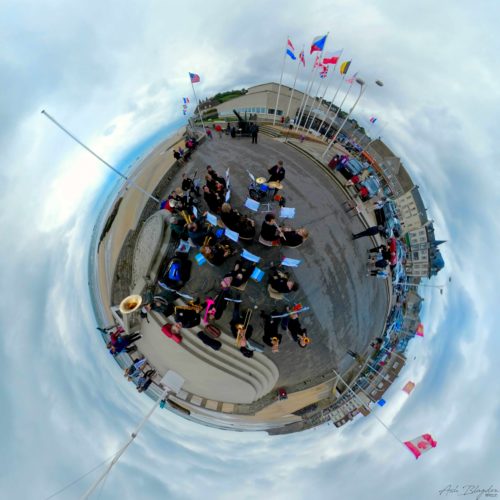 Arromanches-les-Bains (or simply Arromanches) is in the Normandy region of north-western France 12 km north-east of Bayeux.

The Normandy landings took place on D-Day, 6 June 1944 and the place where a Mulberry harbour artificial port was installed. This artificial port allowed the disembarkation of 9,000 tons of material per day. The British built huge floating concrete caissons which, after being towed from the UK, then had to be assembled to form walls and piers forming and defining the artificial port called the Mulberry harbour. These comprised pontoons linked to the land by floating roadways. One of these ports was assembled at Arromanches and even today sections of the Mulberry harbour still remain with huge concrete blocks sitting on the sand and more can be seen further out at sea.

There are a few airbnb and hotels ranging from £69 a night.

We did stop for lunch, so I only tried one place, but i can’t complain it was nice I had a bowl of mussels.

Getting around was fairly easy as its all pretty level. However I only wandered the centre square and to the beach. I imagine going up to the cliff top views may be a little more difficult.

Have you been to Arromanches? Where would you recommend to go? Share your thoughts