Enjoy a 360 virtual tour of Beer Devon, a picturesque fishing village once known for being a haven for smugglers thanks to the many caves that can be found around the cliffs of the Jurassic Coast.

You have to have a beer in beer at the barrel of beer. Sadly I was only passing through, but what i saw of the village made me think that it definitely deserves a proper visit and spend some time looking around. The area seemed to be family friendly and the beach is shingle surrounded by limestone cliffs which looked to provide a natural suntrap. The fishing boats are launched directly from the beach and recovered by means of winches pulling the boats back onto the beach, so if you are wandering the beach watch out for fishermans winches amongst the shingle. 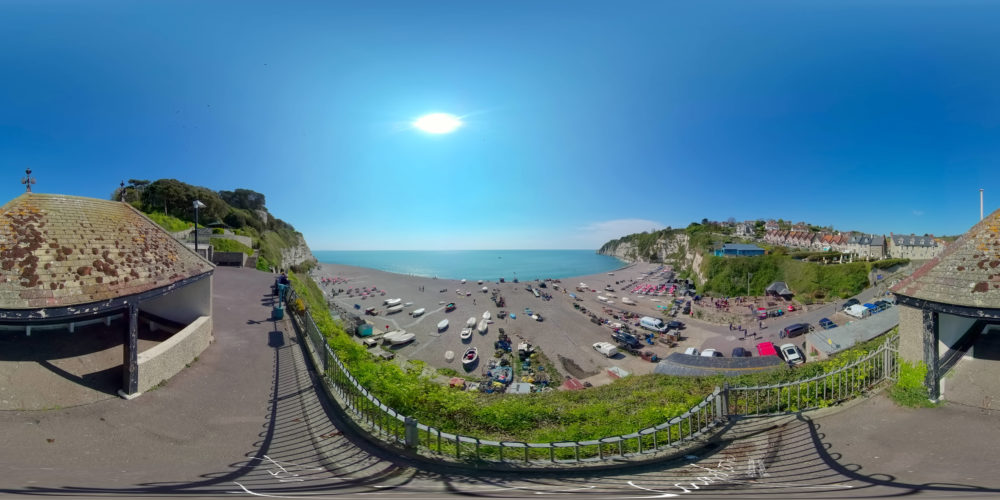 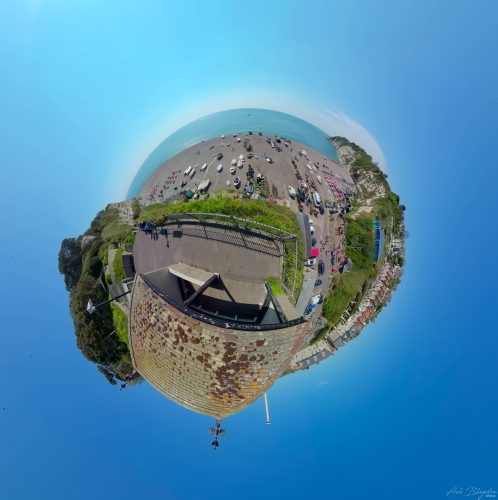 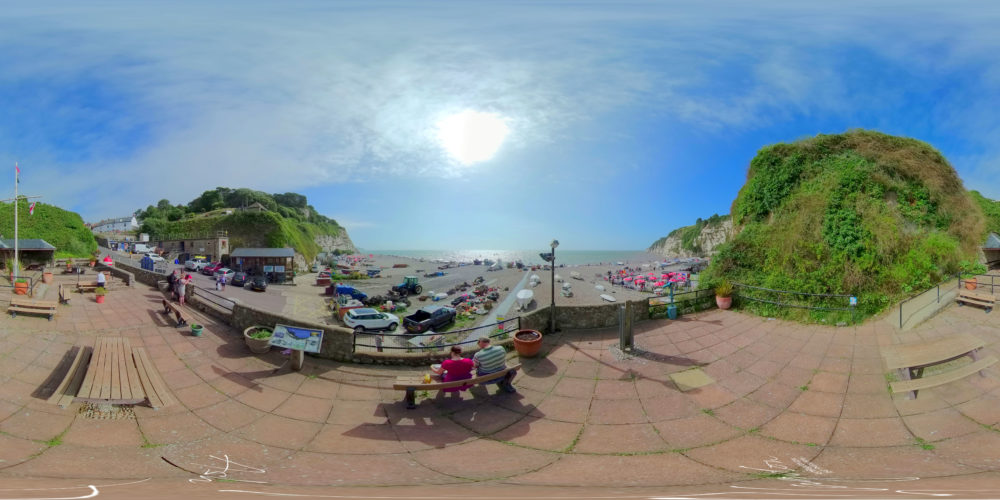 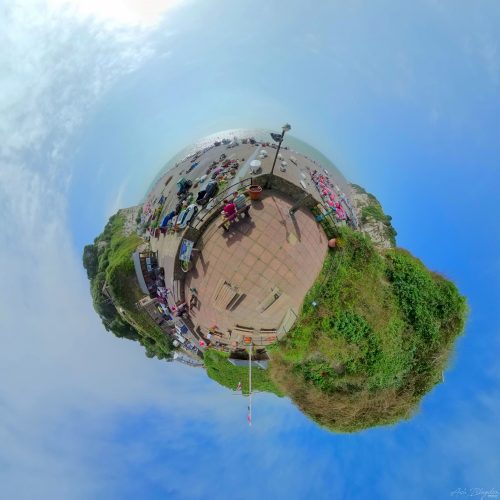 Beer is located on the UNESCO World Heritage Jurassic Coast on the English Channel facing Lyme Bay, forming part of the South West Coast Path and is a little over 1 mile (1.6 km) west of the town of Seaton. Devon, South West, UK.

Historically, the main sources of income for the village include fishing and lace production. Boats are winched up the beach as there is no harbour, and fresh fish is sold nearby.

There’s a good choice of places considering it’s only small, with B&B’s, caravan park and even a hostel.

Tip: Get up to £50 off your first booking with Airbnb click here.

Beer is only small and very easy to walk around. Beware it is on a hill though.

Beer EX12 3EL. There is a small car park adjacent to the beach and larger ones in the centre of the village and at Beer Head (about 15 minutes walk from the beach). The village is only small and can become very crowded in summer months – parking can then be tricky!

Have you been to Beer? How was your experience? Would you recommend coming here? Did you find something interesting?