Jacobs Ladder Beach is one of Sidmouth’s two large beaches and a great spot for families. The beach is an expanse of hand-sized pebbles (shingle) and sand backed by steep cliffs that provide some shelter. Don’t forget to leave the pebbles on the beach they are protected by law! The lower the tide the more sand is unveiled. The western end of the beach is where you will find plenty of rock pools at low tide. Jacob’s Ladder itself is the tall white set of 60 steps that have been constructed to link Connaught Gardens above to the beach below and where the beach gets its name. Whilst the beach can be accessed via the steps it is also possible to walk around from Town beach via a level path. The beach does have a dog ban during the summer months. 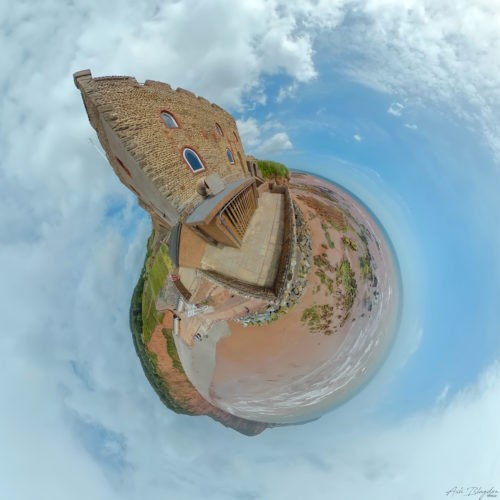 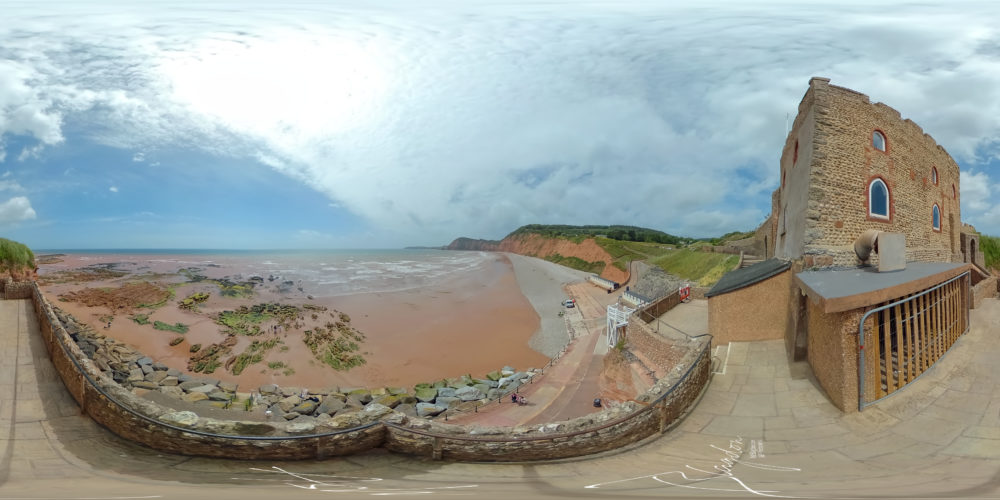 Jacobs Ladder Beach is located in  Sidmouth on the English Channel in Devon, South West, UK, on the Jurassic Coast, a World Heritage Site and the South West Coast Path. 14 miles (23 km) southeast of Exeter.

Access to the beach in the mid-19th century steps were cut into the cliff. This developed into a cart track used to transport lime (brought in by boat from places such as Branscombe) to the lime kiln which has now been converted into the tea rooms. Cliff erosion caused the path to fall in 1870 but access to the beach was popular with the Victorians so they built an extremely long ladder. The steep ladder was not popular though as it was difficult to use in the period clothing of the day. A new ladder was built in much the same style as the steps today.

If arriving by car it’s only a short walk from Manor Road car park. Disabled access isn’t to bad, just be cautious. There is a steep slope down from Connaught Gardens or the long path around from Town Beach. If using the ladder there are 60 steps.

Sidmouth EX10 8RU. Car is the easiest way to get here. There is some short stay on street parking if you’re lucky, but Manor Road car park is a large long stay car park nearby. Parking is easy enough off-season, but in summer months can be a lot more challenging.

Have you been to Sidmouth? How was your experience? Would you recommend coming here? Did you find something interesting?