I’ve wanted to visit the idyllic oceanfront city that is Santa Monica with its long beach ever since watching the hit series Baywatch as a kid. The huge expanse of sand, the boardwalk and many lovely ladies I was hoping I might even just bump into a Yasmine Bleeth while I was there (wishful thinking I know).

We parked up in a car park near the famous Muscle Beach and took a stroll toward the Pier. Turns out there’s actually a fair bit to see and do on the Pier. First things first we made my way to the very end to check out the views and randomly find a cop car parked up, not what we expected to find on the end of a wooden pier!

After admiring the views and enjoying some of the performers and the many shops including the end of the famous Route 66. We decided to have a go on the world’s only solar powered Ferris wheel. At the top you have panoramic views of Malibu and the South Bay coastline and they are pretty outstanding. I think this is a must do if your in the area. 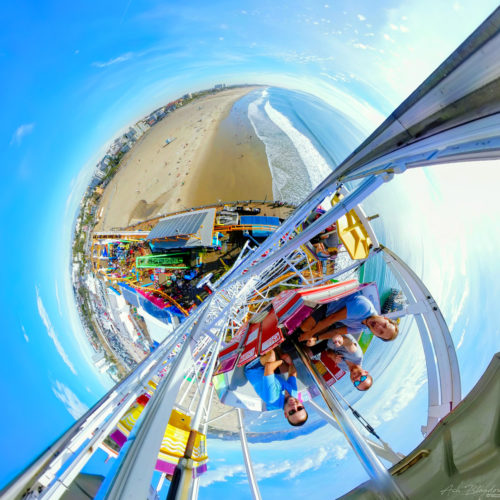 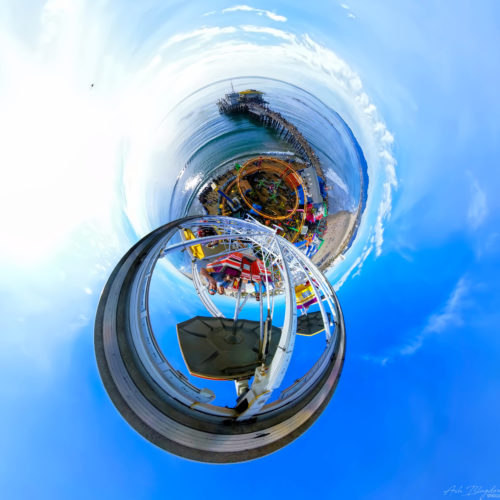 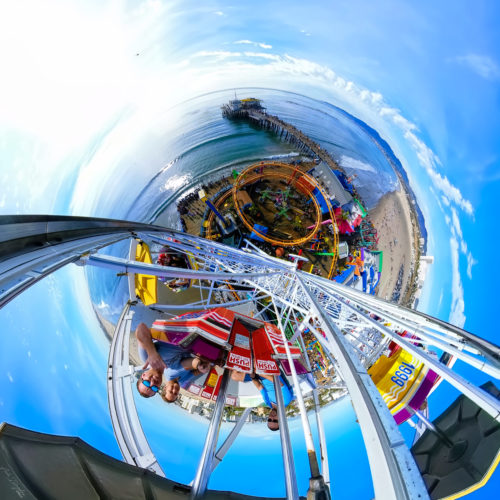 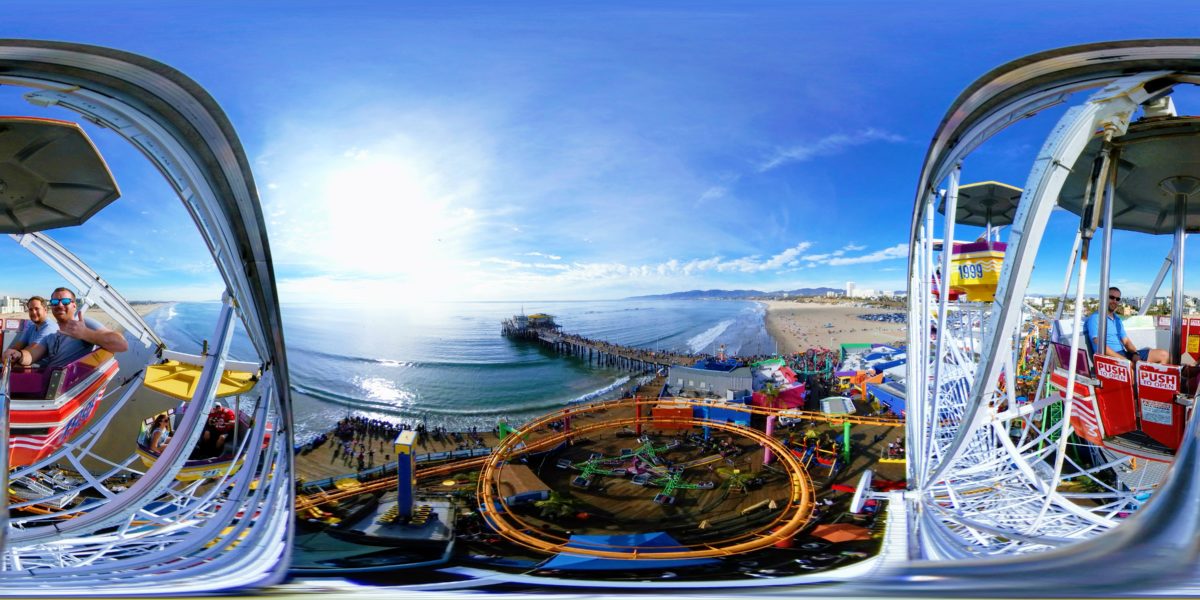 Watch Out For Scammers

If it’s a nice hot day which im sure it will be, its sunny California after all. You have to buy yourself some dippin dots ice cream from the kiosk in Pacific Park. Oh my, these little things are delicious, I highly recommend the stuff. You can even mix it up, I went for the Bubblegum and Cotton Candy together. I so want to campaign to bring it to the UK.

After the pier we walked along the beach and thought it would be a good idea to step in the water. Sweet jesus that was cold, a few seconds was more than long enough. Moving on we eventually ended up on the boardwalk, surrounded by many amazing street performers and artists that hang out around here. We even came across a couple of two headed turtles, if you like weird and wonderful things that is. Just be on your guard a little though, watch out for the scammers trying to sell you their CD’s, they’re asking for $20+ a pop! I mean you can buy an officially produced CD for a tenner! 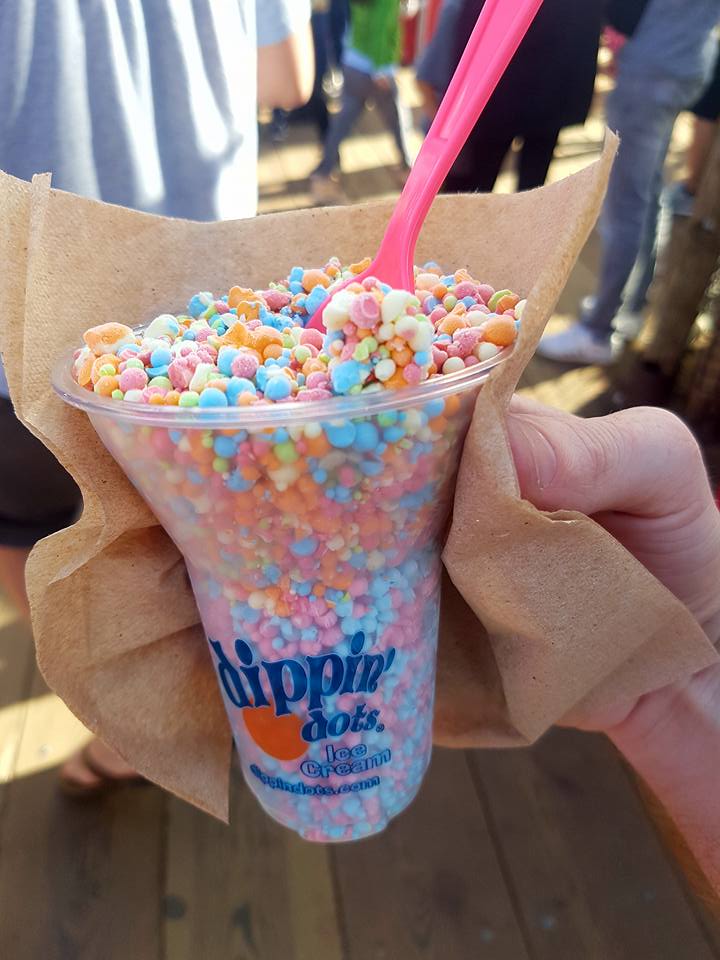 Every Sunday just to the right of the pier and its amusement park they plant hundreds of wooden crosses in the sand, setting up what they call Arlington West. A temporary memorial for American servicemen and women who have lost their lives to war. Included are many faiths a crescent is used to represent Muslim soldiers, while stars represent Jewish soldiers, each red cross represents 10 dead American soldiers, while each white cross stands for one man or woman. The flag-draped coffins represent the military dead for the week. When the Sunday sun sets, volunteers then stack up all the crosses and hope no more will be added when they set it up again the following week. 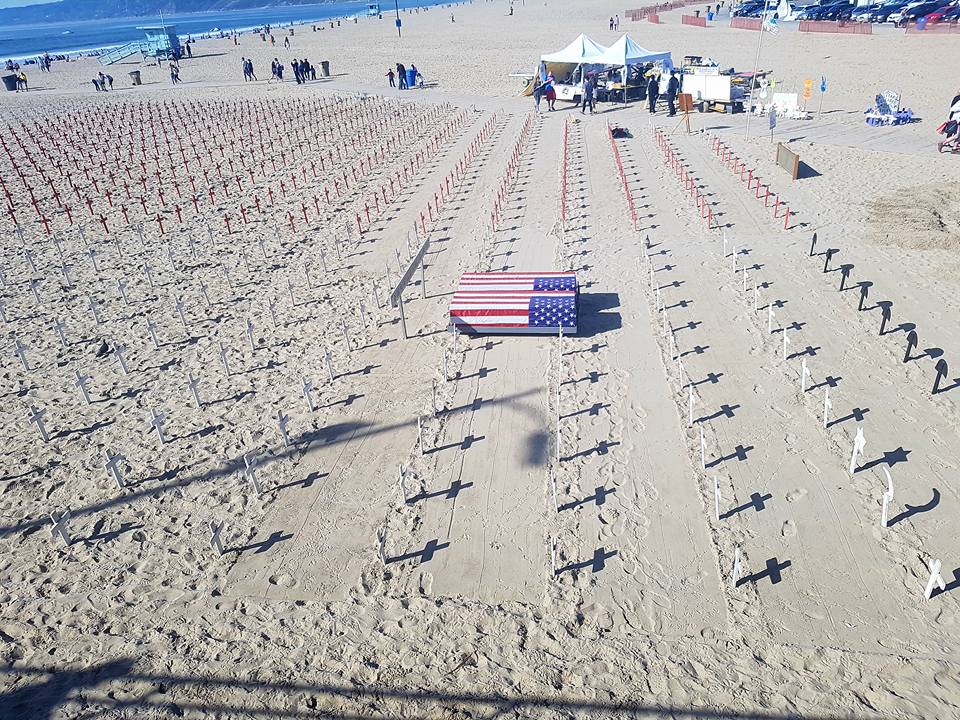 A Little Piece of Italy 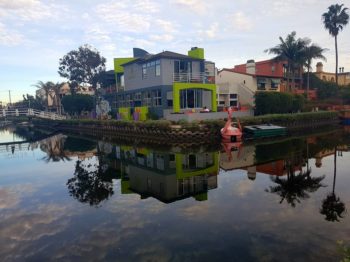 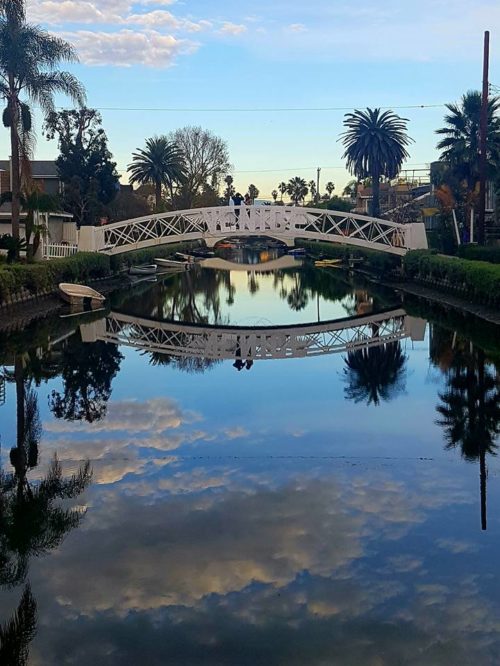 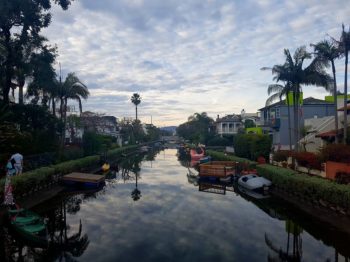 Not alot of people realise there’s a little bit of Italy just around the corner, go and wander the Venice Canals . It’s not far and a great escape if you want a break from the hussle and bussle of the boardwalk and while your walking the midtown keep an eye out for some of the cool artwork and graffiti on walls. 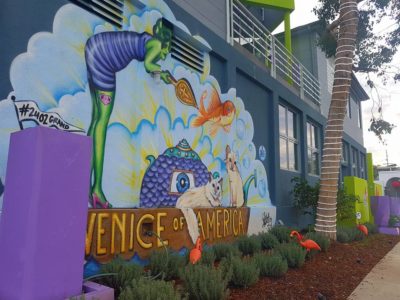 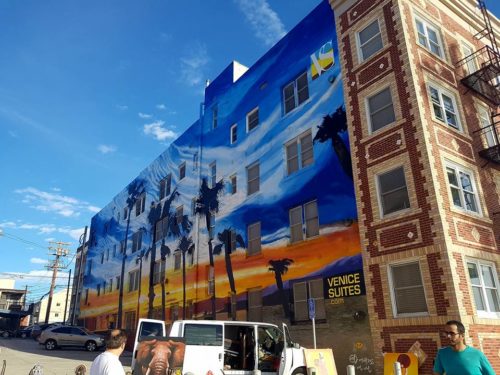 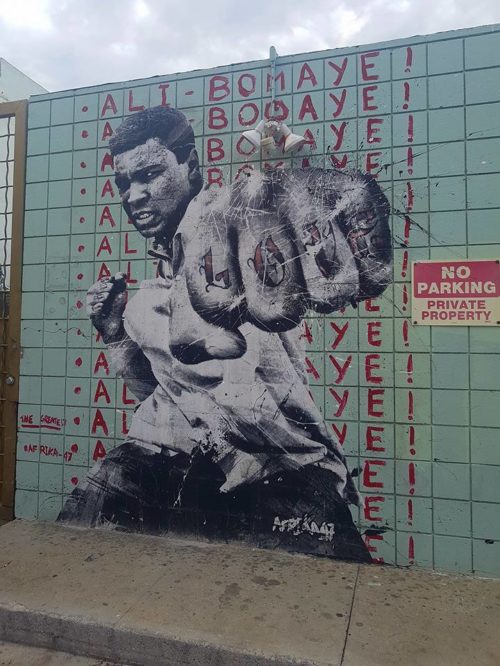 We’d been told that snapchats offices were located nearby. We thought as were here may aswell go check it out, expecting some huge lavish looking place with snapchat plastered all over it. Nope nothing like that at all, infact it wasn’t anything that I or certainly anyone would of expected. 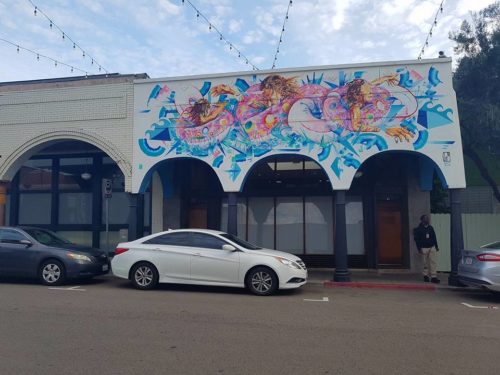 It’s a rather simple looking abode with a single lonely security guard, who we spoke to to ask if we had the right place and he confirmed that it was indeed the place.

After wandering around and seeing all that, we decided to head on back to the beach so we could sit, chill and watch the sunset with a beer. A perfect end to a brilliant day. I bet this place rocks at night, just a shame we didn’t have time to experience it, maybe next time. 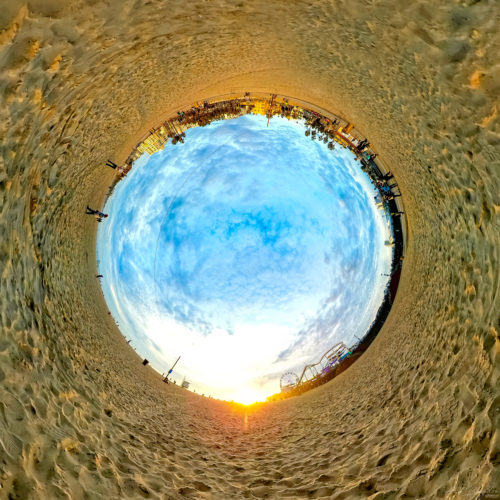 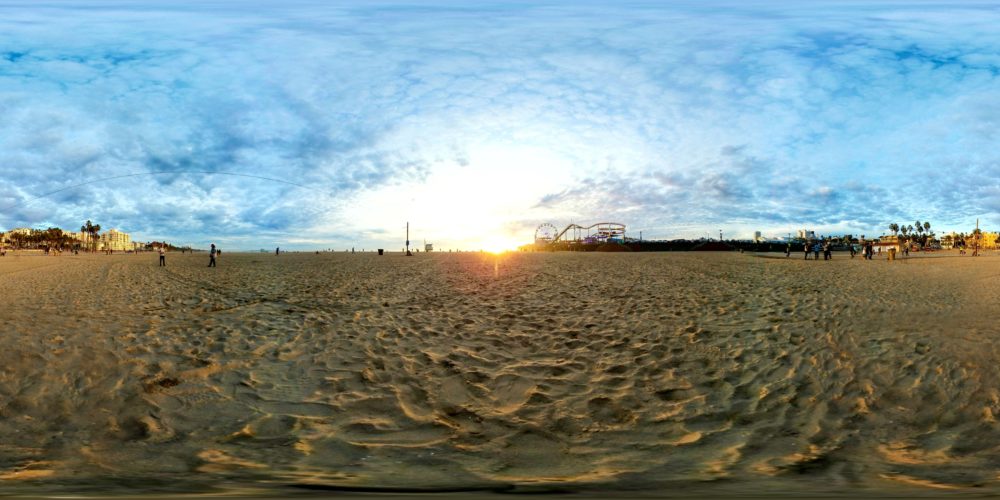 Santa Monica is an ideal destination for families and visitors of any age and a much more relaxed feel than that of the Hollywood Boulevard. This was my favourite part of L.A and I highly recommend checking it out if your in the area.

Situated on Santa Monica Bay, it is bordered on three sides by the city of Los Angeles. Pacific Palisades to the north, Brentwood on the northeast, Sawtelle on the east, Mar Vista on the southeast and Venice on the south. Santa Monica Beach is 3.5 mile long and enjoys an average of 310 days of sunshine a year.

Nearby To Do's
Where To Eat
Getting Around

It’s an easily walkable 8.3 square miles, many rent bikes or even rollerblade around.

If your in L.A, then just head west. If your feet get wet you’ve gone too far!