Enjoy a Virtual 360 tour guide of Phi Phi islands classic tropical beaches, stunning rock formations and vivid turquoise waters teeming with colourful marine life, but sadly these days it’s more of a Party Island. Destroyed by the tsunami in 2004, the island has been rebuilt and in my opinion way overdeveloped. 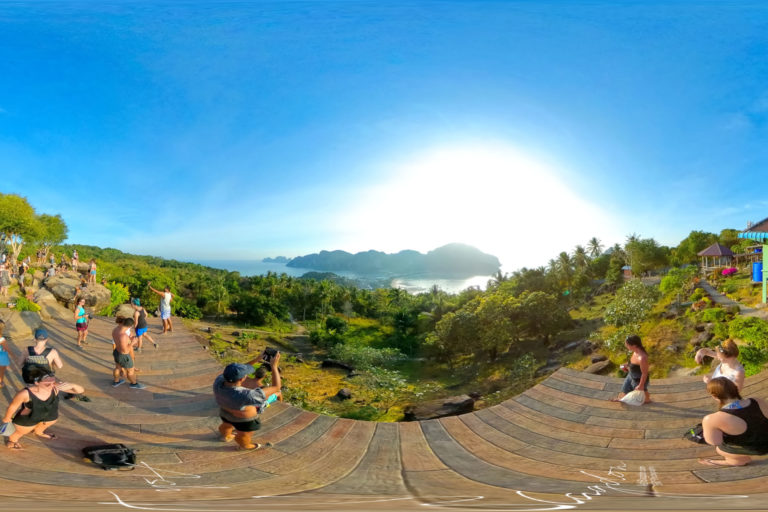 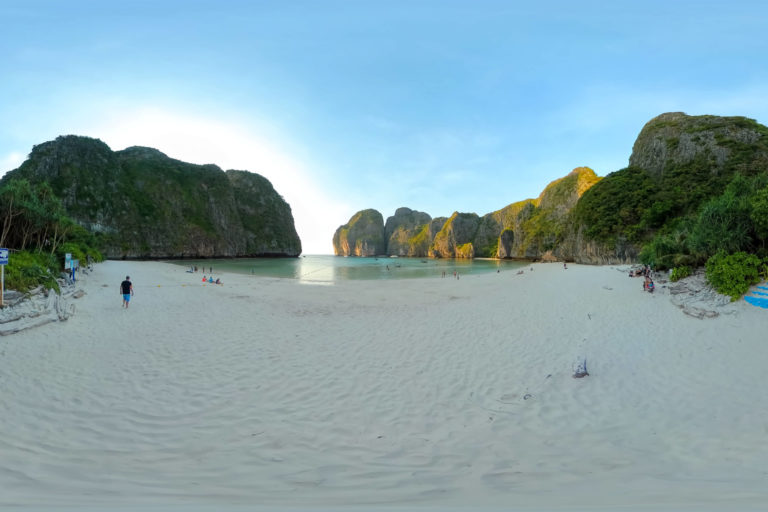 I recently spent a few days back on the island having been away a couple years and surprisingly a lot had changed even in that short space of time. The first thing is all tourists arriving on the island pay a 20-baht fee to assist in “keeping Koh Phi Phi clean”. There is now a McDonalds plonked right in front of you as you arrive and walk off the jetty! This was a sign of things to come.

I remember sat chilling in the water with friends being chased around by a little territorial fish nibbling at me every chance it got, but now looking at the waters they just weren’t as inviting, looking rather bland and somewhat dirty. Where were they spending the 20 THB entry fee they’re charging everyone? As far as i can tell it certainly wasn’t on the environment and seems it’s just lining some big wigs pocket.

The best beach is the back beach on the opposite side of the island to the pier, but it is rammed with shops and bars through the entirety of its length, there really is very little that hasn’t been developed on.  Don’t get me wrong I like a good party and enjoyed the party atmosphere but there is no longer anywhere to escape it if you wanted to. The Koh Phi Phi nightlife is youthful, radiant, zealous and party till the sun comes up is a basic rule of Phi Phi Island. This night party continuous the whole year and each night.

The highlight for me on both occasions was the sleep aboard trip to Maya Bay, it’s a must and I’ve been lucky enough to do it twice. Swimming with the plankton at night is mesmerizing. It’s also worth booking a trip around the other islands if you have the time. We booked a half day and took us to Bamboo island a stunning little place, monkey beach which was a laugh with all the monkeys trying to steal everyone’s stuff, Rantee Bay and Shark Point where after snorkeling we then watched the sunset. Sadly we didn’t get to see any sharks that day. Also bare in mind you’ll probably have to swim to the beaches from the boat, so you’ll want a dry bag if you want to take your camera gear with you.

It’s definitely worth the walk up to the view point, we went to the top at viewpoint 2, it is a bit of a trek to get up there, certainly longer than I had anticipated, but once there it’s an amazing view to watch the sunset with a beer. In fact we only just made it with less than 20 minutes hour before the sun set, so leave yourself extra some time.

Both times I stayed at the same place hotel Chang and was happy with the facilities, they even have a hotel pony that will come into reception to say hello. I will say avoid booking anywhere near the wasteland area, it might be an ideal location with next to no walking, but it can get pretty smelly on a hot day.

Food wise the street food is where it’s at. Do go to Only Noodles though, they were some of the best I’ve had. Hippies bar was cool with live music, fire shows, good food and a chilled out atmosphere. You will see the odd cockroach around phi phi to, I witnessed a mini stand off between one and a cat and neither were willing to budge. I didn’t hang around to find out who won.

Will I be returning in the future? Well honestly not anytime soon, I feel the place is now way over developed and way overpriced, perhaps in 10 years time. They may have started to clean things up by then (after all they have closed Maya Bay Beach for that reason), but even then I think I would only make it a stop gap as i was passing through. I would avoid the main central part of the island and perhaps look into exploring the north/eastern sides which I didn’t get to explore, it may be more expensive that side, but I think it would be worth the extra to escape the crowds. 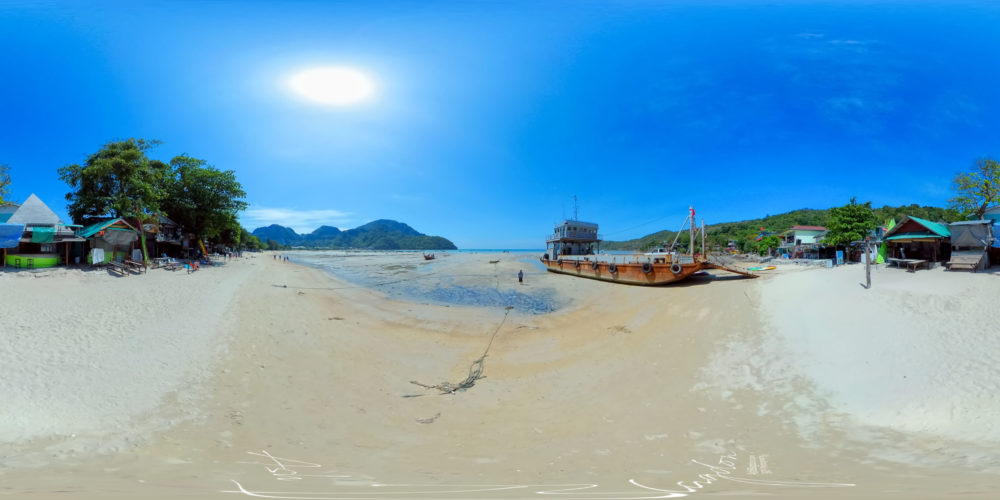 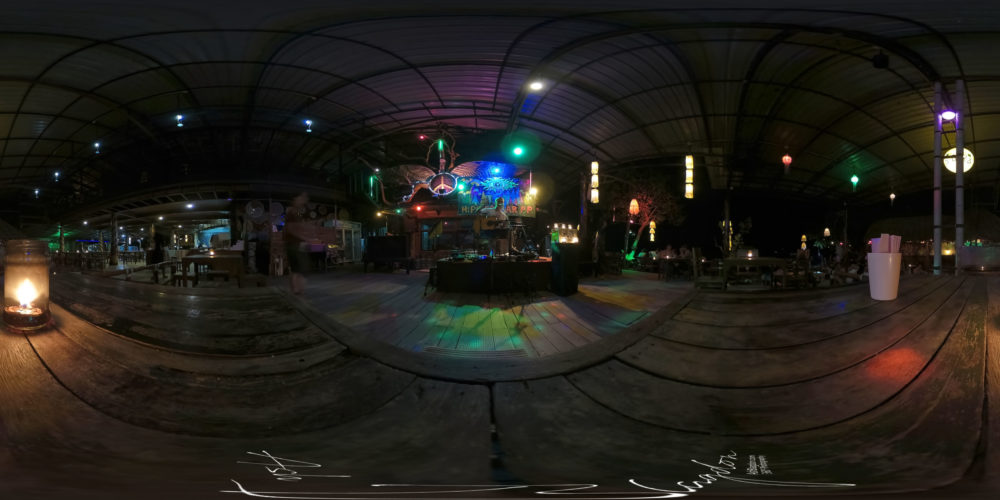 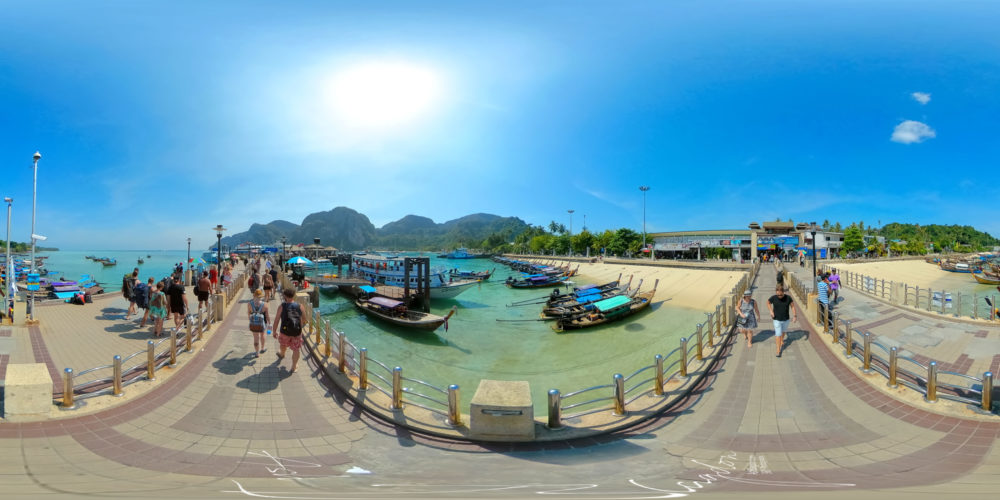 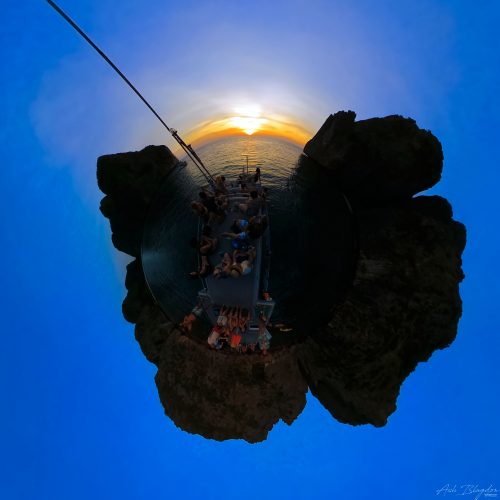 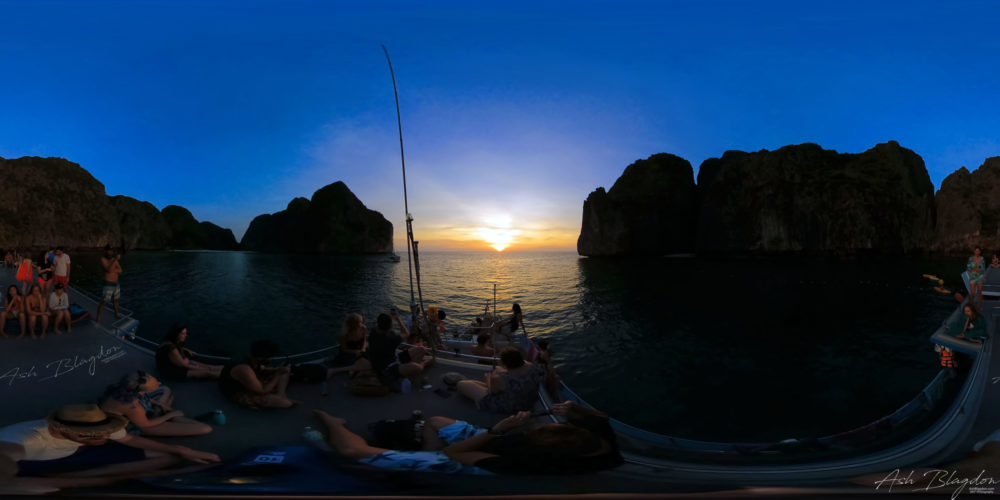 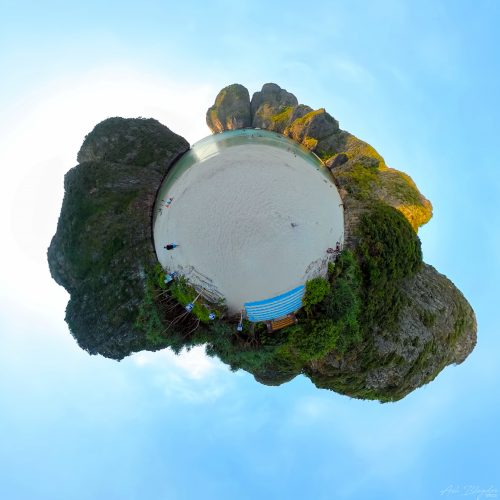 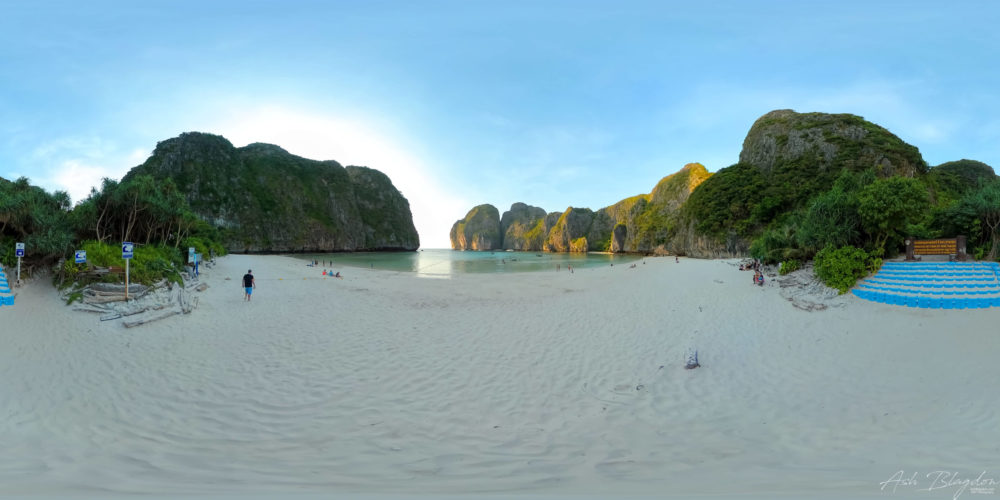 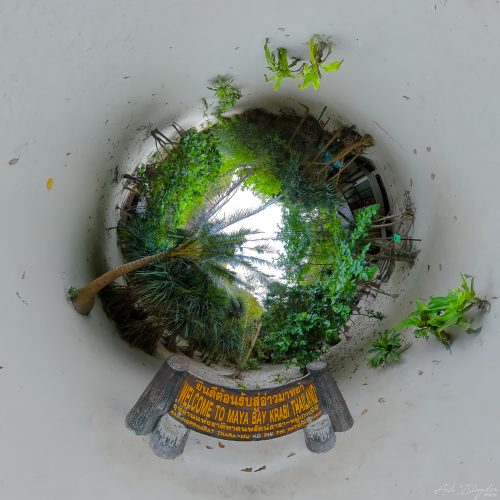 There are six islands in the group known as Phi Phi (pronounced ‘Pee Pee’). Phi Phi Don and Phi Phi Le are the largest and best-known islands. The original name for the islands was Pulau Api-Api (“the fiery isle”). The name refers to the Pokok Api-Api, or “fiery tree” (grey mangrove) which is found throughout the island.

The original name for the islands was Pulau Api-Api (‘the fiery isle’). The name refers to the Pokok Api-Api, or “fiery tree” (grey mangrove) which is found on the islands.

Phi Phi is a small Island and one of the most expensive places to stay in the whole of Thailand. If you stay at the resorts on the north of the island, Phi Phi is beautiful (but those places are expensive). I stayed at Phi Phi Chang Grand Resort, which was comfortable and far enough away from all the partying you could easily get some sleep. Definitely avoid hotels near the wasteland area, as it can get a little smelly down there at times.

Hostel Basic dorm rooms start at 300 THB for many beds, but most fall into the 500-600 THB range. Private rooms for two people with an ensuite bathroom start at 600 THB. Most hostels include air-conditioning.

Airbnb, you can find shared rooms in apartments for 490 THB. You can find entire apartments/homes for an average of 2,450 THB per night, while some are as low as 1,050 THB.

Budget hotel Two-star hotels start around 1,000 THB for a double private room with air-conditioning and free WiFi. For luxury, the sky’s the limit. You can find private bungalows for as low as 800 THB during the low season.

Near the beach and in the town, meals will start at 170 THB for local dishes.  Western food is more expensive at 850 THB, so it’s best to avoid that to save money. The Phi Phi food market in the center of town has great prices for local seafood, fruits, and vegetables. Eat at the street stalls, the food is not only cheap, it’s delicious and they do the biggest slices of pizza which are great on the drunken walk back. You have to eat at Only Noodles, the best pad thai on the island.

There are no taxis or buses on Ko Phi Phi, so you’ll be walking or cycling around the island. It’s not a big place though, you should be okay using man power to get yourself around. Travel between islands is best done by Long-tail boat, which costs around 150 THB per person for shorter trips. Longer trips are charged by the hour.

We caught the ferry from Krabi.

Have you been to Phi Phi What did you think? What was your favourite thing to see or do? Would you go back? Have you explored the Northern or eastern side? Would you recommend it?