Enjoy a Virtual 360 tour guide of Koh Lanta where you can kick back and relax on Thailand’s colourful, chilled-out island. Free of any big hotels or neon lights, it’s a rare unspoilt beauty with a hint of hippy.

I stayed a few days here, It’s quiet and peaceful. In the grand scheme of Thai islands Koh Lanta hasn’t lost any of its low key groove. Lanta has a very mellow, softly tuned vibe and a go-slow kind of pace. Everyone dances to a slightly different beat, but the general rhythm is a groovy one. One of the only places in Thailand you can be certain to find an uncrowded beach. The roads are mostly paved (although with plenty of potholes), there is no traffic, and it’s hard to get lost when there’s only one road that goes around the island and a couple that cut across it. It has long empty beaches, jungle-covered mountains, and spectacular sunsets. The long coastline has nearly a dozen beaches, some considered the finest in the country, and each one has its own charm. If you rent a motorbike like we did you can explore the island with ease. Just make sure your own travel insurance covers you as accidents can happen.

To really understand the island, you need to forget the obvious attractions – the sea, the sand – and explore a bit. Hire a moped, head away from the west coast and the beaches. Head for the less developed east and south coast through the lush green mountains. The moped will most likely come with an almost empty tank, so you will have to find some fuel. This is easy to find as you’ll see lots being sold at the side of the road. There are only a few shops and restaurants so it won’t take long to explore, but it makes for a good break from the beaches.

We rode our way to Old Town, a time warp of a place. It’s like a film set of a village with shuttered century old teak stilted houses overlooking the sea with a few nice restaurants dotted around for lunch. Then Just keep driving even further south until you reach the end of the road at Koh Lanta National Park. There’s a 200 baht entrance fee, but you can then hike trails, visit the lighthouse and relax on the beach. Just watch out for the monkeys, I had a can of coke sat in the drinks holder of the moped, turned my back for a second and a monkey had grabbed it and run away. Definitely don’t purposely feed them as it’ll encourage the bad behaviour even more. If you are unlucky and get scratched or bitten by a monkey (or dog) you’ll need to get a rabies vaccination straight away and then have four more at intervals over the following month.

On our way back we decided to find the waterfall, there is a dirt track that takes you halfway there, but then you’ll have to park up your ped and walk the rest of the way. The walk is teaming with wildlife, we even saw a snake slithering its way along the path. When we finally reached the waterfall it was a little underwhelming. We hadn’t considered the dry season and unfortunately it was more of a trickle than the waterfall we imagined.

We stopped off at Bakantiang Beach which strangely had a random blow up snowman waving around in the breeze right in the middle of the beach. There’s a great bar here named Same Same but Different where you can sit and chill with a drink. We stayed until it was time to get back before dark. We didn’t want to be riding the peds in the dark as the the roads aren’t lit and the bike lights weren’t the best it would’ve been like riding blind and it wasn’t worth the risk of an accident. We did pass an Elephant at one point and we stopped to see it had been chained up which was sad to see. They offer Elephant treks, but that’s not something i’m interested in. I have done bathing with the elephants in Chiang Mai which was amazing.

If you like diving there are some fantastic places here with incredible visibility, underwater pinnacles, coral outcrops and masses of marine life. Ko Haa, which is an hour and a half out, is a collapsed volcanic island with steep drop-offs to the side and more than a dozen dive sites, caverns and chambers where you’ll see turtles, octopus and pointy-nosed barracuda. You don’t have to arrange a dive through your hotel as there are dive shops in almost every village and they are usually cheaper and just as good. If scuba isn’t your thing, there’s brilliant fishing, amazing snorkelling, sea kayaking to the limestone caves at Koh Talabeng and longtail boat trips to the gnarled mangroves around Koh Klang and Koh Lanta Noi.

There are full-moon parties, half-moon parties etc, but they are all on the small scale. It’s just an excuse to string up the paper lanterns and call in a local band that do great renditions of Oasis. The island offers an appealing escape from the highly popular tourist destinations like Phuket and Phi Phi. If you want to party then this won’t be for you, no one comes here for that, you’ll want to go to Phuket or Samui. Lanta is not cutting-edge, it’s not cool. It’s at ease in its own skin.

We stayed in a hostel on long beach. However we made a mistake when booking the hostel, it’s true when they say you get what you pay for. We stayed at Funky Fish, it was only $3 a night, that’s a steal! It was basically a cow shed with 5 wooden bunk beds, the thinnest mattress ever and four conventional fans in each corner of the room. The showers were didn’t work or they dripped water. We ended up washing by going for a swim in the sea. There was no real surprise that we were the only ones staying there. We cut short our stay by a day and only stayed 2 nights before moving on to Krabi. The Funky Fish Beach bar was surprisingly good though and we had a good meal there as we did at the Somewhere Else bar next door. 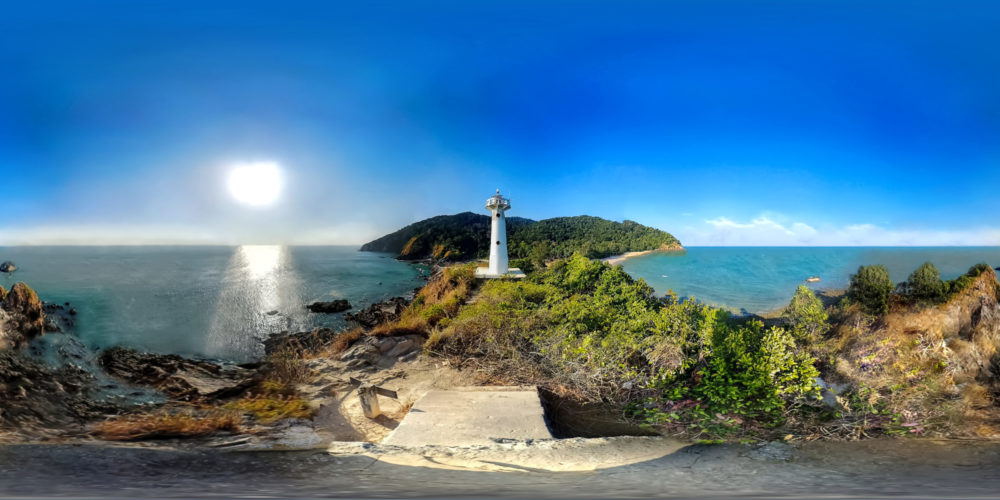 Old school 360 made up of images taken with my phone. 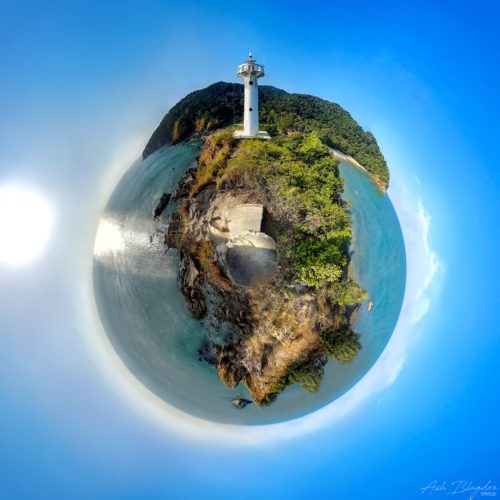 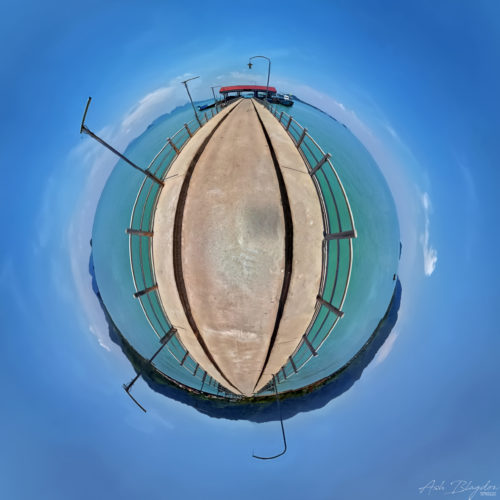 Koh Lanta is about 25 kilometres long by 3 kilometres wide with a mountain range through the middle and actually an archipelago made up of 52 islands. Some of the islands are small and uninhabited, and some have only one, or very few accommodation options for tourists.

It is believed that the area was one of the oldest communities in Thailand, dating back to the prehistoric period.

All Koh Lanta’s beaches are on the west coast so most visitors stay in one of the beach villages here. You’ll find that even the most expensive places will only be $20 a night. We stayed in a hostel on long beach. However we made a mistake when booking the hostel, it’s true when they say you get what you pay for. We stayed at Funky Fish Hostel, it was only $3 a night. It was basically a cow shed with 5 wooden bunk beds, the thinnest mattresses ever and four conventional fans in each corner of the room with a temperature of 32ºc at night 🥵. The showers didn’t work either, they just dripped water. We ended up washing by going for a swim in the sea. No surprise that we were the only ones there. We cut short our stay by a day and only stayed 2 nights before moving on to Krabi. I’d recommend paying that little extra and find somewhere with aircon and a shower.

Most of the best restaurants on Koh Lanta are on the western side of the island and we generally found the quality better on the road rather than on the beach. Also most places have vegetarian options.

Koh Lanta is a very chilled out and relaxing island and the best thing to do is to Do Nothing!

Where To Eat & Drink
Where To Find Them
Getting Around

Flatter than surrounding islands and with reasonable roads that run 22km from north to south, Lanta is easily toured on a motorbike. Make sure your travel insurance covers you before hiring a ped. You will probably be asked to show your passport. Find out more about hiring a moped here. Just keep an eye out for potholes!

It’s easy to get to Koh Lanta, the island is accessible by speedboat, minivan and ferry. Choose which option suits you best. We took the ferry from Phi Phi to Koh Lanta and then jumped into the back of a pick up truck that took us to the hostel.

Have you been to Koh Lanta? What was your favourite thing to see or do? Would you recommend it?