Enjoy a 360 virtual tour of Magaluf one of the most touristic and visited areas of the Island of Mallorca and Spain.

Brits will know all about Magaluf, affectionately referring to it as “Shagaluf”. It is a holiday resort in Mallorca, one of the Balearic Islands. I’ve actually been here twice now, both times were for a stag do. It’s not somewhere I would personally choose to go for a holiday, but when your mates getting married then all normality goes out the window. Sadly I didn’t own a 360 camera the first time I came in 2015 and 2016 I decided not to take my new precious camera on a stag do. I tried to take images with my phone, but as i’m sure you’re all aware, the stitching 360 images using your phone is a nightmare. Only one came out just about useable, but even that needed an awful lot of post processing to correct the numerous stitching errors.

Life here was all about chilling during the day and partying hard at night. If you’re like me though I get bored very quickly of chilling by the pool, so a couple of us did go for a wander. The beach is pristine bright white and the waters are crystal clear. There isn’t much in the way of culture to explore, although I did see a hike to a castle near Palma i wouldn’t of minded checking out, but being on a stag do that’s not something we were all going to do. I think there would be more to explore in nearby Palma Nova which is only a 20 minute walk, the beaches there may be a little quieter to.

Most mornings we stumbled from our beds down the road to Robinson Crusoe’s for a breakfast, and a frozen beer. I say morning, it’s more mid afternoon. You rarely actually truly see breakfast in the mornings. Time of life shifts in Magaluf, you don’t even go out at night until 11-midnight at the earliest, so the sun is usually coming up by the time the night is over and you’re on your way back to your hotel.

The nightlife was certainly an experience and the drinks are cheap. We usually went to the supermarket for pre drinks and picked up some cheap stuff, including a box of vinegar (wine) for €0.90. The stuff was disgusting, but for some reason we drank it, often as a forfeit for a game. There’s always someone out the front of every bar trying to entice you in with free shots, those free shots are like fruit juice, i’m not even sure they have alcohol in them. You do get what you pay for and the cheap drinks don’t taste great, in fact I could swear the vodka used at night was the same stuff they used to clean the tables with during the day. However the atmosphere is electric and you just get sucked along and everyone has a great time. Of coarse being on a stag do we did dress up most nights, so we did receive a lot of attention simply due to that.

Magaluf was basically like butlins on steroids with lots of sun. You could be holidaying in a sunny town anywhere in the south of the UK, other than all the buildings being white, and pretty much guaranteeing sunshine, you wouldn’t know you were in Spain. 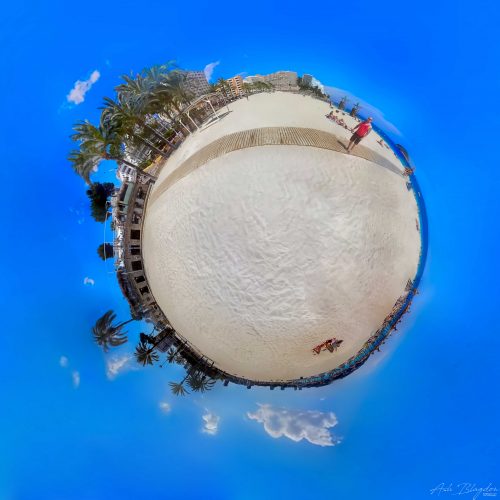 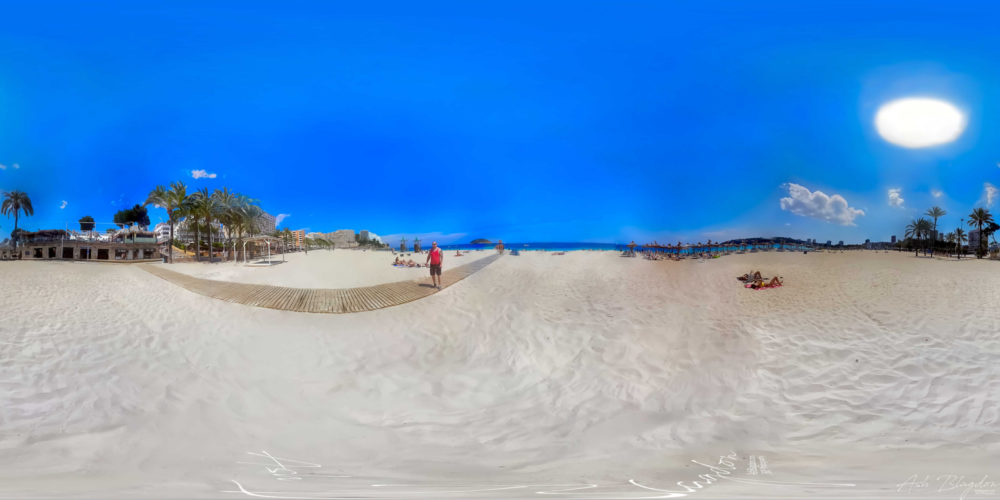 Magaluf is a major holiday resort on the Spanish island of Majorca. The mild climate offers an average temperature of 30ºC in summer and 14ºC in winter. Around 300 sunny days a year light up Magaluf and the sunny coastline of Calvia.

We stayed at Vistasol Hotel & Spa which is a 3* basic hotel. It has easy access to the Magaluf strip and public transport. It had all the basics, kitchen etc. Don’t expect much, it’s just somewhere to get your head down, it was clean and tidy which is all you need really. It had a good pool area which had a dj playing some good tunes throughout late afternoon into the evening and it’s own shop, so you didn’t have to go far to buy beer or the paracetamol.

There are general amenities available such as supermarkets, souvenir shops, etc. For the best shopping facilities then head to the capital Palma. Dining out in Magaluf is like a home from home with McDonalds, fish and chips, KFC, Pizza Express. Fast food is high on the agenda for those wanting to eat and then party. There is no local food, the paella is as local as you’ll get.

The main strip runs parallel with the beach, there is a small hill to revs and bananas, but it’s a steady incline and not strenuous. Pretty much everything is within walking distance, so getting around is easy. If you did want to explore further then you could hire a bicycle or moped, the roads aren’t to busy and looked safe to ride around.

The nearest airport to Magaluf is Palma and the transfer from the airport is a about half an hour. We booked a shuttle group transfer to get us to our hotel.

Have you been to Magaluf? What was your experiance like? Would you go again?