Enjoy a virtual tour of Salcombe. Tucked away on the Southern Coast of the UK you will find the beautiful coastal town sits on the banks of the Salcombe Estuary making it one of the prettiest towns in South Devon. 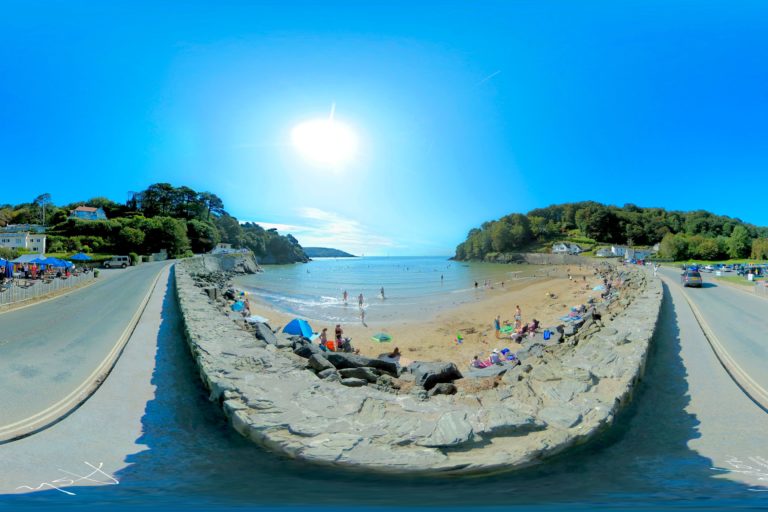 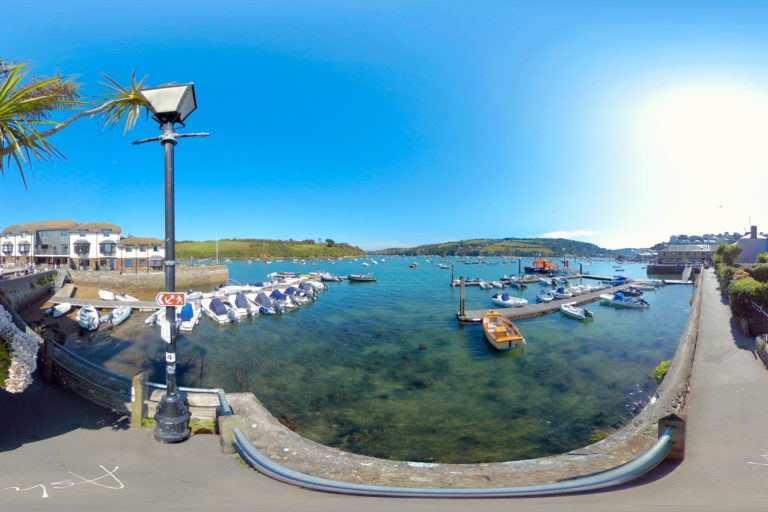 This was a really good day out, I’ve been here before, but had never properly walked around. a group of us were trying out the Salcombe Ale Trail for the first time. To get to Salcombe the eight of us caught the River Maid ferry from Kingsbridge that lands right next to the Ferry Inn. We weren’t stopping here yet though and so walked all the way to North Sands for breakfast at the Winking Prawn. There was a little surprise after ordering a breakfast wrap £4.95 and then being brought an empty wrap to the table, I thought ‘do they bring the contents over separately?’ Hmmm… 🤔 No, it turns out it’s a breakfast buffet and all I had to do was go and help myself from the back room, they just forgot to tell us 🙄 However as you can just help yourself, you can also have as much as you like, so needless to say my wrap was more like a plate, so all’s forgiven plus it was delicious. If your in this area of Salcombe I would definitely recommend it.

We walked off breakfast by heading back to the Ferry Inn, which was very busy and i think probably the most popular of the pubs we visited in Salcombe. I liked they had water pistols at the ready to shoo off any seagulls. After drinking here we carried on through town and stumbled across the Bake House which had the most amazing cheese straws the size of my arm, you just have to try one, they were amazing.

The last place we went was Island Street Bar and the sitting out on the balcony was really nice. The only hiccup here was the pint of ale we ordered unfortueately tasted like vinegar, so must have been dead, but give them their due they happily exchanged all 8 for fresh new pints which thankfully tasted perfectly fine and the food we ordered was very good.

Salcombe is a popular resort town in the South Hams district of Devon, South West of the UK. The town is close to the mouth of the Kingsbridge Estuary, mostly built on the steep west side of the estuary.

Until about 100 years ago the people of Salcombe earned their living from the estuary and the sea. Fishing, seafaring, boat and later shipbuilding were the main occupations, but smuggling and even piracy meant that settlements were not built at the water’s edge but further inland. Today, Salcombe is still a thriving harbour, but without the pirates.

I found walking around was fairly easy, it was a bit of a trek to get to North Sands area, but easy enough with only a slight incline following the road.

Salcombe, Devon, TQ8 8DE. We travelled from Paignton on the Gold bus to Kingsbridge with a change in Totnes behind the Royal Seven stars to the 164. Once in Kingsbridge it was a 10-15 minute walk on the level just past the Crabshell Inn to catch the River Maid ferry to the Ferry Inn Steps Salcombe. Alternatively you could catch the 606 bus into Salcombe.

Have you been to Salcombe? What would you recommend to do or where to eat?