A 360 virtual tour of Yosemite Valley is definitely one of the best destinations on earth. If walks, hikes, climbing & beautiful scenic views are your thing then this is your heaven. I’ve always wanted to come here any time of the year, but to have the opportunity to see it when the trees are capped with snow and creeks are lined with ice was one to behold.

I travelled from San Francisco with 2 other friends. Unfortunately we only got to spend a day here, but that was enough to know that one day I will most definitely be returning. It was the middle of January and the scenery was just absolutely stunning. There had been a snow storm just days before, which is why we only got to spend a day here. During the storm people weren’t allowed in or out of the park for 5 days with temperatures dropping to less than -15. It’s safe to say you might want to take a jacket with you, the weather is unpredictable.

We took the Big Oak Flat entrance to the park, but just before you get there you have to stop and get the obligatory shot next to the Yosemite sign. Proof you were there.

When you arrive at the park entrance, there is a fee of $30 per small vehicle to enter. Here you can pick up a map of the park or just download it here. You may want to plan your visit on a national holiday. We didn’t realise at the time, but as we went on Martin Luther King Day they offer free entry to all national parks on a national holiday saving us the park entry fee, happy days 🙂 Check for the free entrance days here.

We Kept Stopping Around Every Corner

The drive down into the valley was quite twisty and windy, but so picturesque. We stopped around every corner to get out just to take photos and admire all the amazing views. I’m told that this shot is overlooking the valley of Devil’s Dance Floor.

As you head on down to nearing the bottom of Big Oak Flat Road, don’t miss the stop at Half Dome View.

Then just around the corner from Half Dome View the road runs right over the top of The Cascades waterfall. 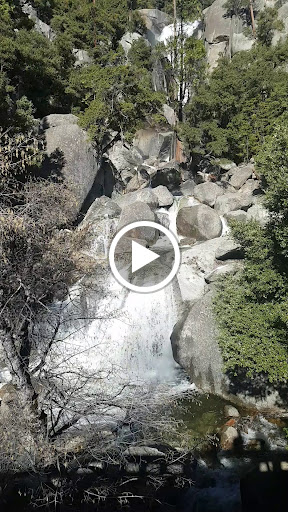 It Got Icy, and I Mean, Real Icy

As you head deeper into the valley, you’ll notice many sign posts stating “Use your snow chains”. Of course the hire car we had wasn’t equipped, but hey ho that wasn’t going to stop us. However we soon realised why, as it got icy, and I mean, really Icy. I could feel the back end of the car slip, sliding around in places and I was only doing 15 mph.

The valley itself is a big loop and there are plenty of places to just pull in along the way if you spot something. Bridalveil falls is a short easy hike, but stick to the path. We tried to take a direct route thinking it would be a short cut, of course we failed miserably. The further we walked into the trees the ground became icier and the bush got thicker. We got to the point we just had to give up, especially when we came across a massive impassible rock and least not forgetting the fact that, like the other 2, I had fallen on my arse on more than one occasion plus I had my camera in hand. Now this could get expensive, time to retreat!

After you’ve seen Bridalveil Falls you should take a right along the Southside drive, you’ll soon see ahead of you a GIANT granite monster. This is what all climbers are here for, there paradise El Capitan. If you wanted there are lots of places along this stretch of road to just pull in and stop for a picture. Carrying on from here just down the road, on your right you’ll see the Yosemite Valley Chapel. It was built in 1879 and considered to be the most holy place of Yosemite Valley.

It won’t be long after leaving the chapel and you’ll finally reach Yosemite Valley. We pulled in here and gingerly walked across the snow to the Merced River’s edge, in doing so knowing that at any moment the ice we were walking on could potentially give way and we’d be soaked through to the bone, but then that’s all part of the fun isn’t it?

Dining in Yosemite Valley is EXPENSIVE

If you’re feeling peckish, then head to Half Dome Village for a bite, $20 for a pizza. You can even spend the night in one of their 60 cabins if you so wished.

At the center of the valley you’ll find the village store, here you can easily park go to the shops for snacks, restrooms and merchandise, but just be aware that dining in Yosemite Valley is EXPENSIVE!

Unfortunately we didn’t have the time as the sun was setting, but I would suggest you stop at Yosemite Valley Lodge, this is the closest you’ll get for parking to take the hike up to Yosemite Falls. This is also the area where you can hike the easier one mile lower falls loop. It’s not that long, but the short walk offers some fantastic views of both the Upper and Lower Yosemite Falls. Getting to the top of Yosemite Falls itself is however a much more strenuous task. It’s a 7.2 mile round trip, with a 2,700 foot elevation gain. Im sure though for all your efforts you will be rewarded with amazing views.

If you missed it on the way in, then on the drive out don’t forget to take the lower Wawona Road that passes Tunnel View. Taking the lower roads in winter is much less treacherous as being lower down and warmer there wasn’t anywhere near as much ice as there was coming in from the top, so no slip’n’slide moments going home.

If you’re in Northern California looking for a picturesque and adventurous destination no matter the time of year then Yosemite Valley certainly has a lot to offer. Even if your base in California is San Francisco. 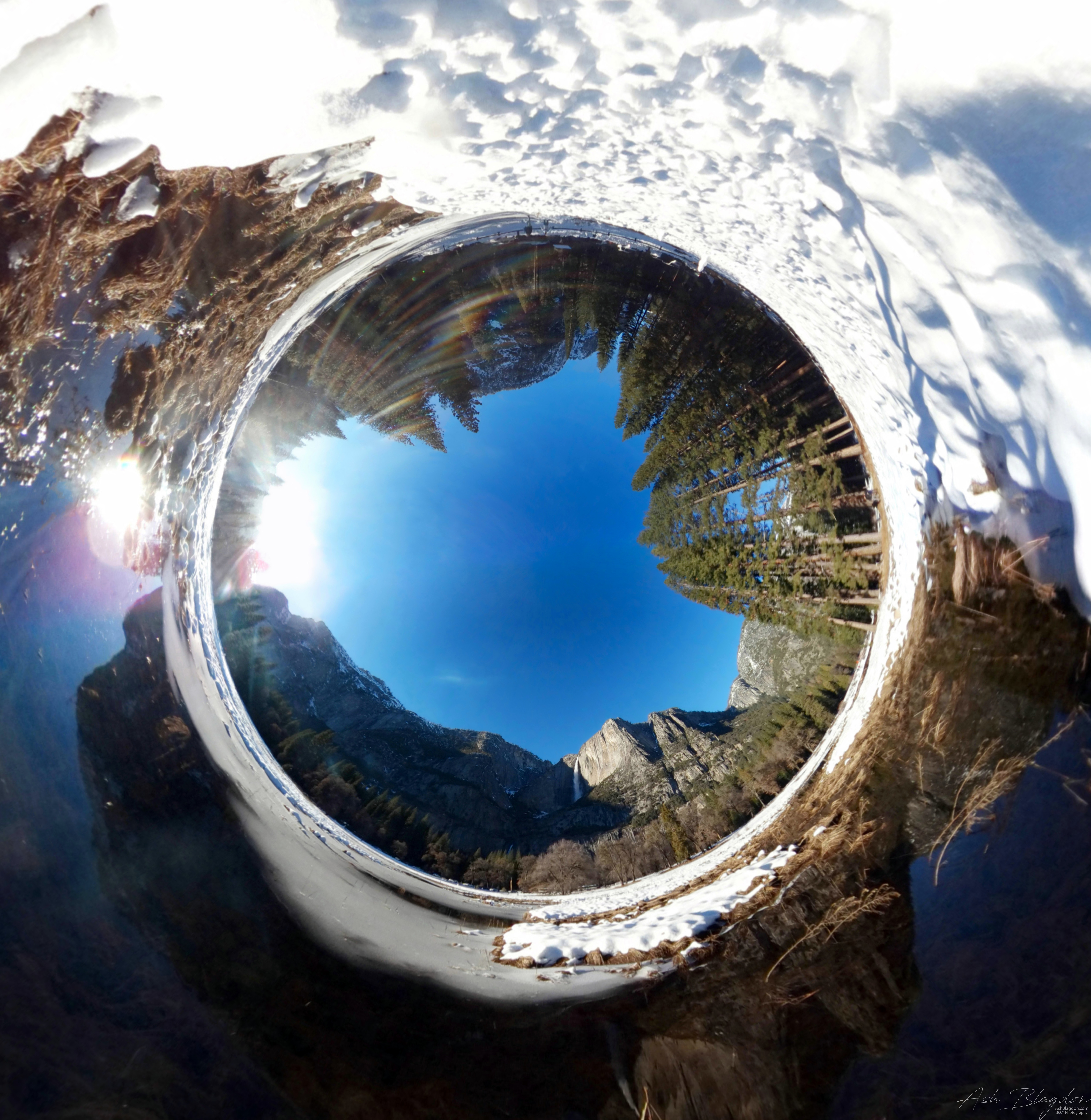 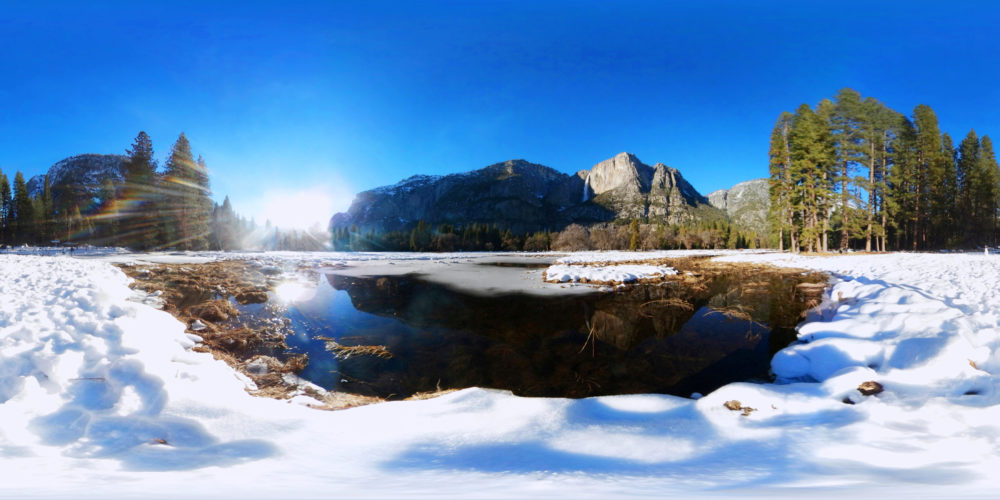 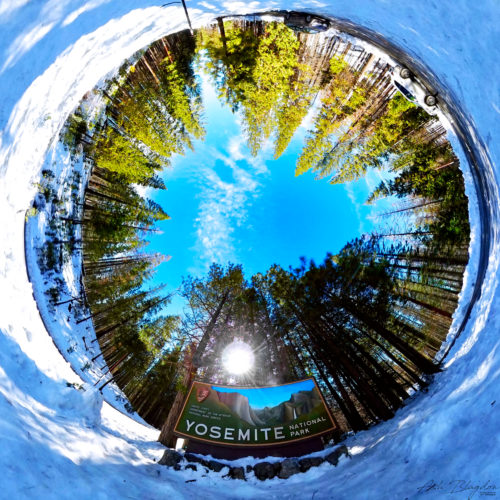 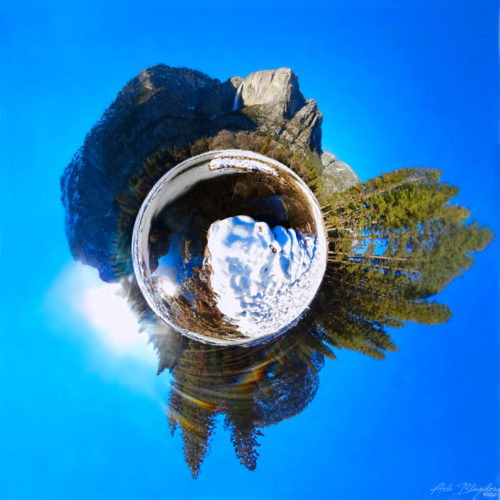 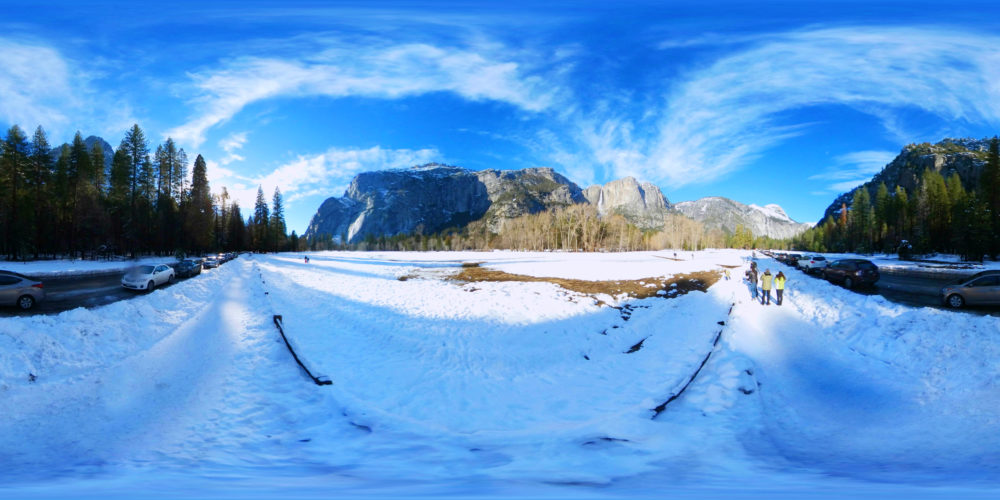 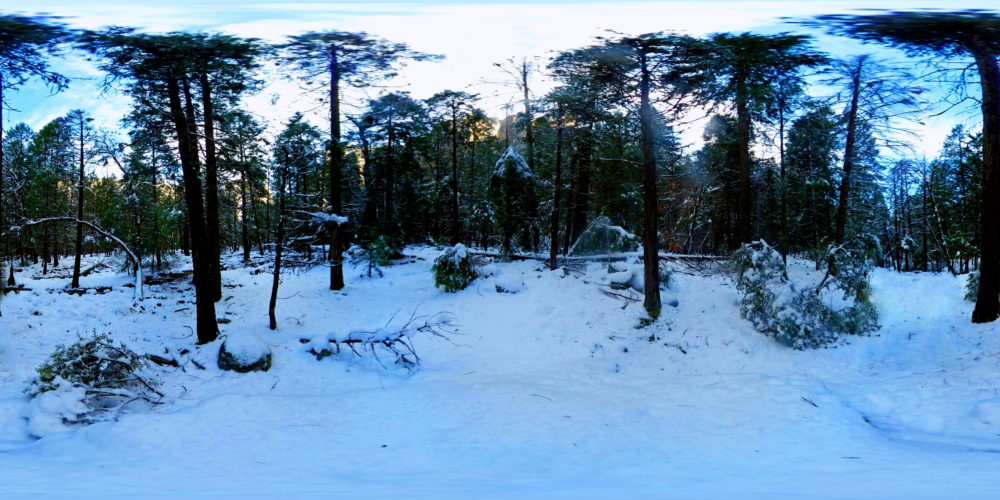 Yosemite covers 1,200 square miles and does not have a single address. The valley is about 8 miles (13 km) long and up to a mile deep, surrounded by high granite summits. Yosemite Falls is the highest waterfall in North America, and is a big attraction especially in the spring when the water flow is at its peak. The valley is renowned for its natural beauty, and is widely regarded as the centerpiece of Yosemite National Park, attracting visitors from around the world.

Stay in one of the many lodges if you were planning on being a while, but do camp for at least one night to have a real experiance.

Getting Around
Getting There

You can drive into and around Yosemite Valley all year. Highways 41, 140, and 120 (from the west) provide access all year, although tire chains may be required from October or November through March or April. Travelling from the San Francisco/Bay area, the distance was 195 miles / 314 km and took us around 4-5 hours. You can take the I-580 east to I-205 east to Highway 120 east (Manteca) or Highway 140 east (Merced) into Yosemite National Park. We took the Highway 120/Big Oak Flat Road.

There are actually quite a few things to do here, but it does depend on how much time you have. You can fill an hour, a day, or a week easily:

Click here to Explore More of the United States in 360º

Have you been to Yosemite? What's your favourite time of year to visit?