Enjoy a 360 virtual tour of Palace of Fine Arts with beautiful architecture, reflective lagoon it’s a great place to escape the hustle & bustle of the city.

After walking around the Golden Gate Bridge, we decided to check out Palace of Fine Arts as it’s one of the city’s most photographed sights featured in numerous film and TV productions and as soon as you get near it you can see why.

From the distance we could see a bride and groom having their pictures taken, turns out It’s also a popular wedding location. Once you’re inside, the huge tall walls swamp you into another world, the stunning architecture creating an amazing backdrop. This is obviously why it’s a great place to have your wedding photos.

The rotunda proved a great place for a some tiny planet photography. 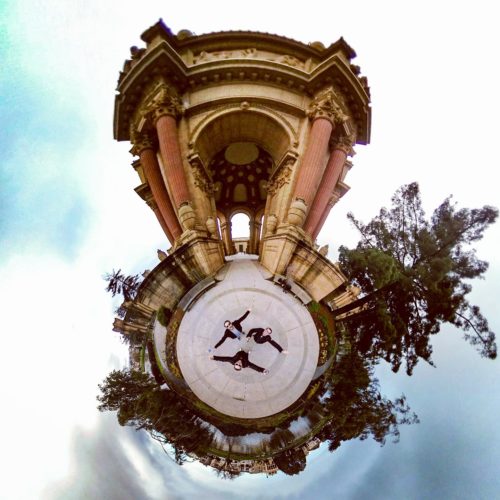 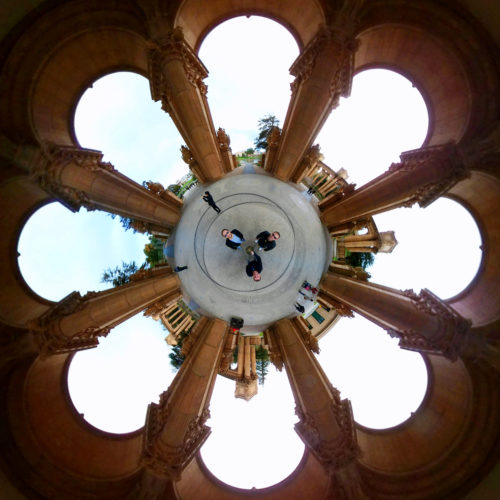 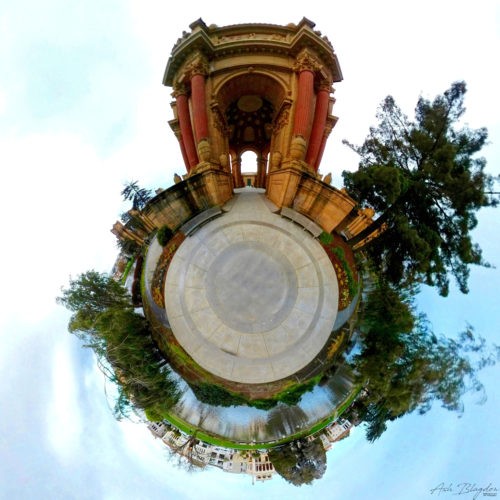 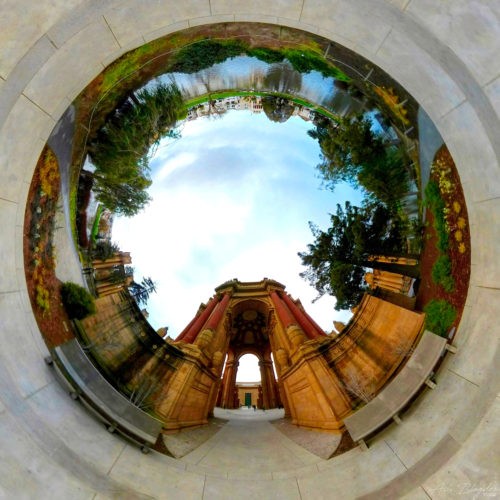 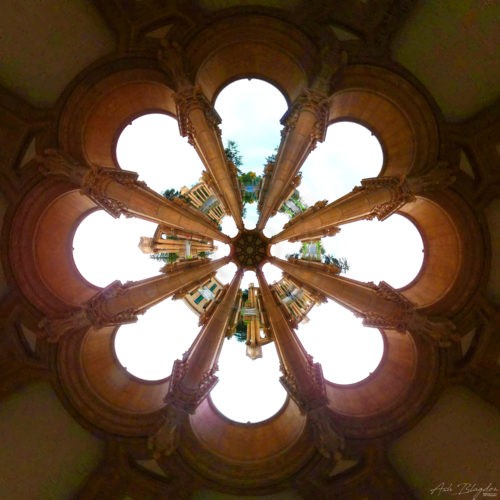 Here i've merged the two tiny and inverted planets together to create this image ashblagdon.com/palace-of-fine-arts 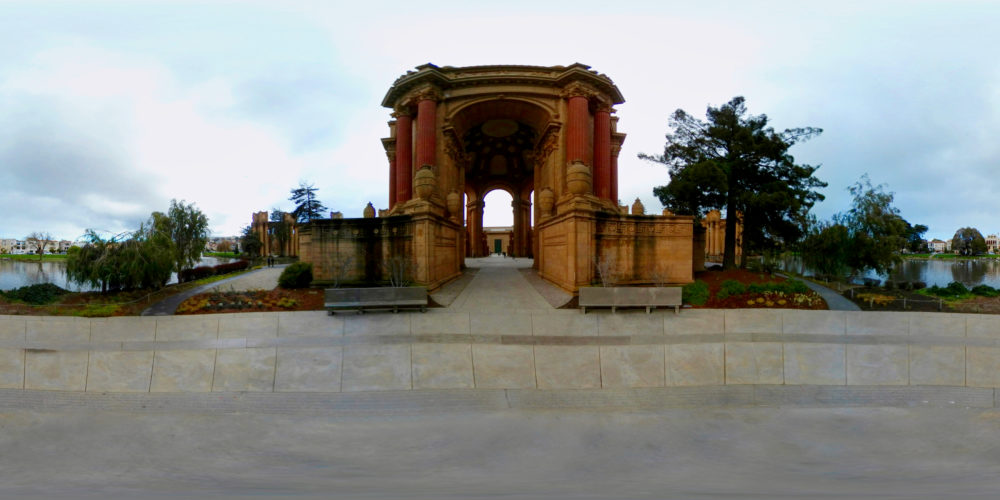 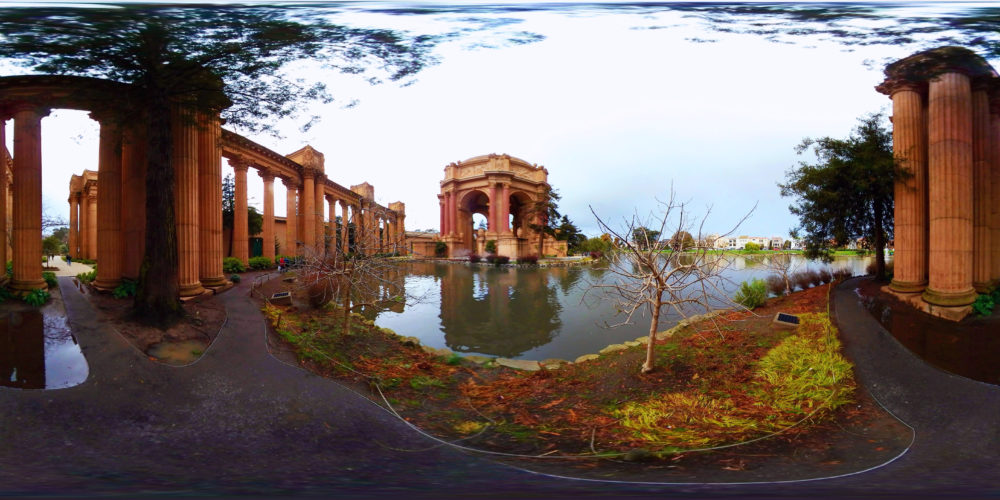 With the beautiful architecture and reflective lagoon, made it to be a great escape from the hussle and bussle of the city centre. Its worth the stop off just to take a leisurely stroll around, relax under the rotunda or even enjoy a picnic on the grass and watch the swans drift across the peaceful lagoon. I would of liked to have seen it lit up at night, but unfortunately we didn’t have the time to return.

The monumental structure originally constructed for the 1915 Panama-Pacific Exposition in order to exhibit works of art presented there. One of only a few surviving structures from the Exposition, it is still situated on its original site. It was rebuilt in 1965, and renovation of the lagoon, walkways, and a seismic retrofit were completed in early 2009.

Tacolicious, It says it in the name. Its just a short walk down the road from the Palace and the tacos here were delicious. The staff were great to, joined in with our banter and had good beer. We stayed longer than planned because they made it fun.

It will only take you around 45 minutes to an hour to wander around the entire site.

The weather in San Francisco is unpredictable and liable to change unexpectedly, so be prepared. Morning and evening fog rolls in during the summer and winter months, but usually burns off by midday.

Have you been to the Palace? What do you think of the artitecture? Would you recommend it?