Virtual tour of Mijas Pueblo one of the jewels of the Costa del Sol. I took a day trip with friends to this beautiful little town to check out the climbing.

The drive from Malaga was easy, but once we arrived in Mijas, finding the way to the crag turned out to be quite another. You’re meant to be able to pull up and park right next to the crag, but no not when we were there. With very little in the way of directions to go on, just a vague excerpt from a climbing book and a blanket postcode for the GPS. We were directed down roads that turned out to be closed for roadworks or were a one way street, we had to find an alternative route. We took to using the trusty Google maps on our phones, but even this still proved to be a little tricky as coming from the other direction we found ourselves to be driving down some extremely tight and twisty one-way streets with in places only an inch to spare either side of the car and yet we still couldn’t get to the crag because of even more roadworks.

In the end we just decided to get as close as we could, just ditch the car in any free space and walk the rest of the way.

Finally arriving at the cliffs, they were a solid rock offering something to go at for most mid to advanced climbers. It was quite busy and seemed to be very popular.

Driving into the valley to the parking area there are some great views and we did stop on a number of occasions to take photos. On arriving at the southern entrance car park where there are a couple of shops for snacks and ice cream, you got to have an ice cream. You’ll also want to use the restrooms here as there are no facilities along the entire length of the route. Using a bush would be risky, lots of people around and not many bushes for that matter. The bus will take around 20 minutes to get you as close as it can get to the northern entrance where there is a bar called El Kiosko, you can grab yourself a bite to eat here if you haven’t done already.

Climbs Were All To Abysmal

Unfortunately, though it may offer spectacular views of the coast and being within a few metres of the beautiful old town centre of Mijas, but the setting of these climbs was all too abysmal.

Climbing this cliff turned out to be a messy affair, as it was also used by nesting pigeons. If you didn’t have a bird dive bombing at your head, your hands were then reaching into hand holds and grabbing piles of bird Sh*t!

Around the corner are a few more bolted routes. You don’t have such troubles with the birds here, but there were some other challenges. As you can see below, it’s not in the most ideal place for the belayer, with oncoming cars coming at you from three directions.

Needless to say we didn’t stay here for long. I do think had these routes been in a better location they would be highly regarded.

As for the old town of Mijas Pueblo, I would definitely one day like to return and explore it some more. Its a real shame we didn’t have the time to have a proper look around and only stopped for a quick bite at a little diner called Tap Intxos where you can sit and watch the world go by. They had a good offer that reeled us in, plus the waitress was pretty cute 😉 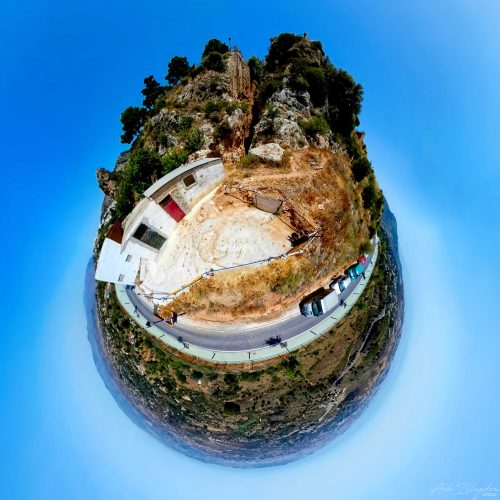 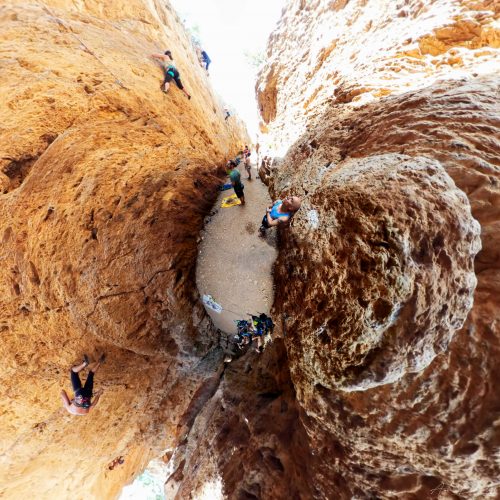 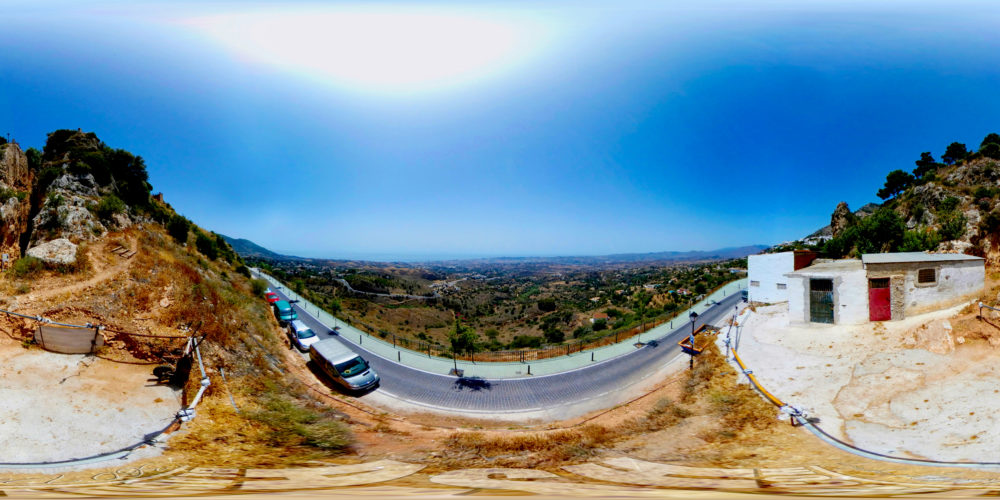 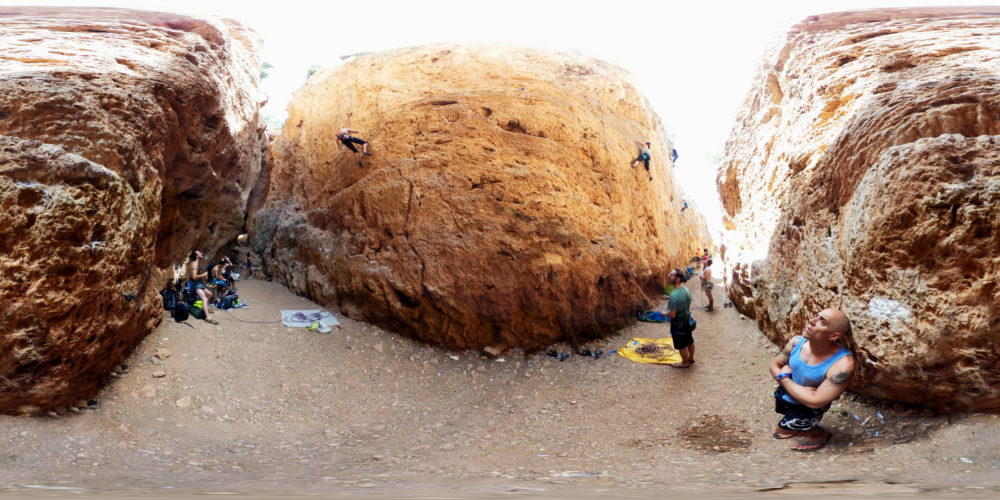 It lies only 30 kilometres from Málaga Airport. It has a varied landscape that goes from the mountains all the way to the sea. Its centre is a typical Andalusian white-washed village, nestles comfortably on a mountainside about 430 metres or 1,476 feet above sea level, in the heart of the Costa del Sol region. It’s a favourite destination for a great number of tourists each year. There are many foreign and English speaking residents in and around the pueblo that the Town Hall has a very helpful Foreigner’s Department, which caters for the many needs of those who do not speak Spanish. The history of the village of Mijas dates back to antiquity, with two Moorish churches and a sanctuary that dates back to the year 850.

Things To Do
Getting Around

The best way to see the village of Mijas is on foot, as its winding streets and alleyways are often only accessible in this way. If you arrive in a car, there is a large car park in the centre of town.

Car Hire is the easiest way to get here. Especially as we had all our climbing gear with us. After the troubles we had to find the crag I’ve pin pointed it on Google maps below, trust me it’ll be so much easier than reading vague directions from a book and hopefully the roadworks will have finished. Once you arrive you’ll see some stables, follow the path to the side up the hill and you’ll reach the cliffs.

Have you been to Mijas? Where would you recommend to go?