Bangkok is known for its chaotic, crowded streets, cheap prices, wild nightlife and never ending traffic. At first I wasn’t sure and to be honest i’m still not. With its pollution, noise and crowds. The city is like marmite people either love or hate it. It seems after talking to others that If you were to spend more time here it would start to reveal its secrets and grow on you. Certainly If you like to eat then this place is full-on food, especially for adventurous foodies, there’s probably no better dining destination in the world.

My first stay here was in the Phra Nakhon district or as most of us know it as the Khao San area, this is where many backpackers like to stay. Of coarse my first foray into the hussle and bussle was the famous Khao San Road with bars almost door to door along the entire road, you can find anything along here day or night, but it was at night that it really came to life.  I even found something that had been on my bucket list. If you are the adventurous type like me, Khao San Road also offers some of the world’s most exotic food… I had to give it a try, on the menu was Scorpion with lashings of fried bugs, including crickets, locust and frogs. They were even selling cockroaches and a giant centipede on a stick, but even I drew the line on those two. The scorpion was just a bit salty with a crunch and didn’t particularly taste of much. I found the crickets to be disappointing, whether it was the cook i don’t know but they just turned to mush when I bit into them. The best of the bunch was definitely the locust, I liked them, I could eat them like popcorn.

I did try eating at a couple of the massive food courts inside the malls, which are incredibly cheap with from 40 THB. You have to get a food card from the hall counter, I was a little worried as I didn’t have change and the lady on the counter took my 10000 THB and put the lot on the card. We ended up sharing my card between the group to try and use up the money on it. Not realising that you can actually get your money back, If you do put to much on. It turned out all I needed to do was return to the desk and you’ll get what credit is left on the card given back to you. Just put as much money you think you’ll need on it, you’ll probably only need 100THB. The vendor’s will swipe your card as they serve you.

When your walking the streets you’ll be asked every few hundred yards ‘suit suit’, they do get annoying pretty quickly, but If you need a suit then this would be the place to get one as they’ll tailor measure you a proper fitted suit for a reasonable price. Some say they can do it in 24hrs, but I would be sceptical of the quality as proper tailoring does require time and patience to ensure desirable results. Where to get one, well every man and his dog in bangkok will find you the best suit lol. As you can see I did come across one interesting design, this was from a bloke set up to the side of a bar. If I were to buy a suit I’d look for a dedicated shop that had a reputation to uphold.

If you do go anywhere here, I would suggest you check out the temples Wat Pho & Grand Palace. Though unfortunately I didn’t have time to get to the later definitely next time. 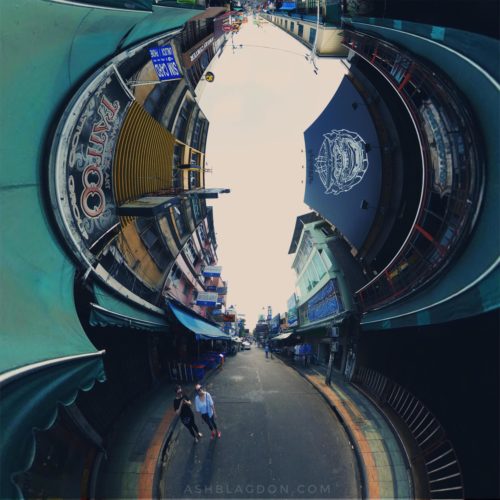 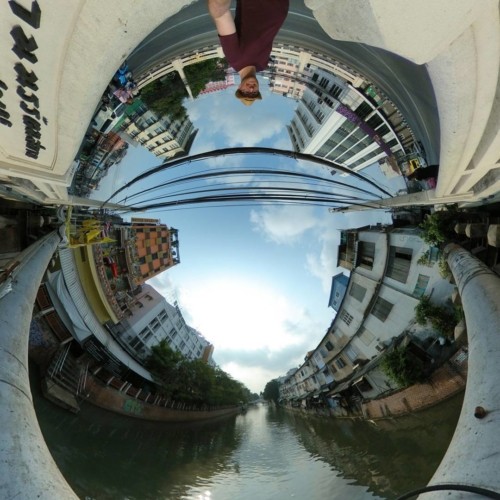 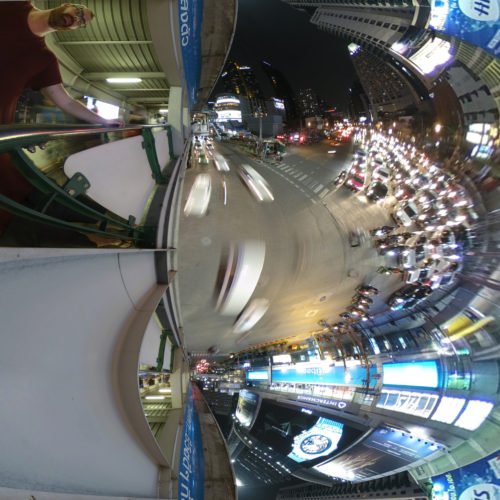 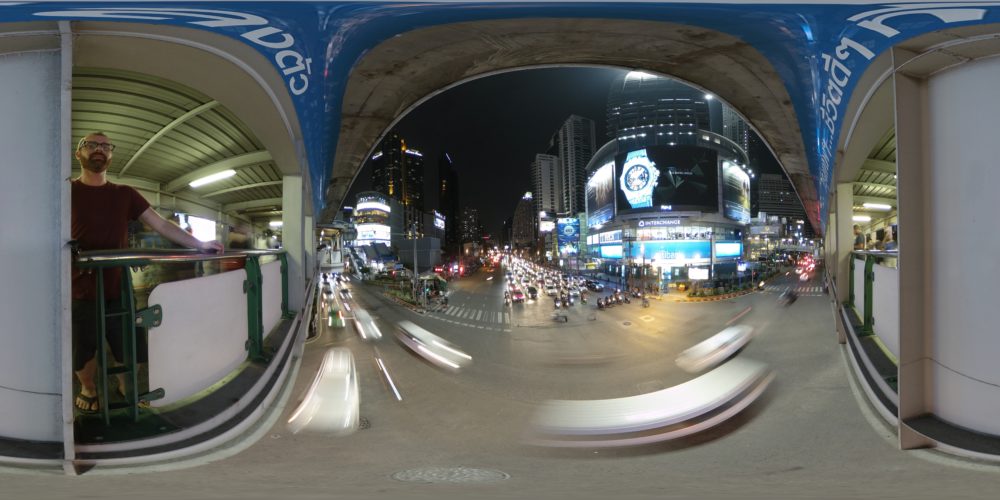 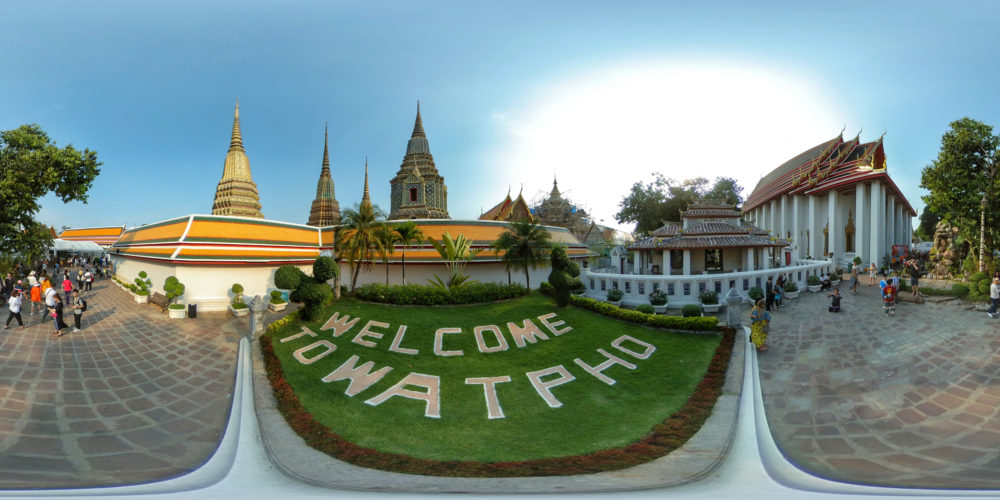 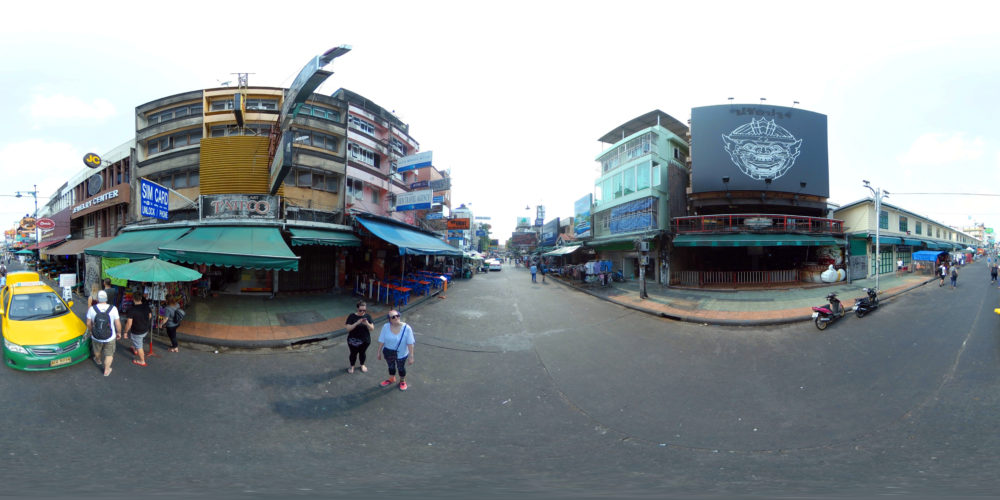 Bangkok is Thailand’s Capital and has a population of over 8 million (12.6 percent of the country’s population). November to February is probably the best time to travel to Bangkok as its cool and dry, December to January is peak season and can get very crowded. March – June can get pretty hot. If your in Thailand around the second week of April don’t miss the Songkran Festival. July – October is the wet season, so unless you don’t mind traveling and getting wet I wouldn’t be out here during this time. Although there is a good side, hotels and airfares can drop to as low as 50% off which can be pretty tempting.

If you eat the street food like the locals, you’ll be hard-pressed to spend more than 200 THB a day on food (maybe not even that). There’s so much to choose from and its so cheap, as little as 30 THB per meal (i.e, soup, pad thai, fried rice, etc), purchase a bag of freshly cut fruit or Thai ice tea for 20 THB or get a grilled chicken rice for 150 THB. Try some Durian (Still on my to try list), this king of fruits is supposed to be extremely good for you. Eating at the Food courts like Pier 21 at Terminal 21 which is one of the best is a great money saver with meals from 40 THB.

When it comes to drinking, bars can be pricey with the cheapest beers costing about 60 THB each for a small Chang or 90 THB big and cocktails sometimes cost double or triple that. Sit down restaurants begin at 50 THB per meal while if you go for Western food that begins at around 100 THB and then goes up and up! If your on a budget, buying from 7-11 can be as little as 30 THB.

On the two occasions I’ve been here I’ve stayed in hotels. We stayed at the Trang Hotel and Check Inn Regency Park. Both were nice, but I couldn’t really see any more for your buck than that you’d get from a guest house other than extravagant decor and a small swimming pool. Neither offered a free breakfast, so i’d say save yourself some money and get a private room or guest house somewhere.

Hostel Dorm beds start at 90 THB, but nicer dorms in prime locations can cost up to 675 THB (which is a huge rip off) A better option, instead, is looking for private rooms in small guesthouses.

Airbnb, you can find full apartments for rent at an average of 1,250 THB.

Budget hotel start around the 400-500 THB range per night and include hot water and private bathrooms. Quality varies so be sure to look at the reviews online. Most hotels offer free WiFi and air-conditioning and many offer free breakfast as well.

Uber or Grab are the easiest ways of getting around. You know how much it’ll cost and they’ll always take you the most direct route hassle free.

Taxi If you use a taxi make sure you ask it’s metered before getting in, this way you know you shouldn’t be ripped off, although this doesn’t stop them driving the long way around to push the price up, it’s still cheaper. It may take a few times of asking for a metered taxi before one agrees, but it’s better than getting ripped off. If the driver refuses to turn on the meter saying its a (SCAM ALERT) ‘flat rate’, the driver will most likely charge you 3 times the usual meter rate. Get out and hail another cab.

Skytrain This is another cheap way to get around. You can use single trip tickets or pre-paid pass. You can purchase tickets from the ticket booth or ticket machines. I always went to a booth so I could tal and make sure I was getting the correct ticket. Always keep hold of your ticket as you will need it to get out the station at the other end.

TukTuk I was told to avoid these because of the scam issues, but I like to make decisions on my own experiences and there not as bad as I was led to believe. As long as you show them where you want to go, a few times i used google maps on my phone and agree a fee before getting in, I had no problems.

Click here to Explore More of the Thailand in 360º

Have you been to Bangkok? Where would you recommend to go?