Enjoy a virtual tour of Honfleur an enchanting 17th-century harbour of jumble of narrow, cobbled streets lined with half-timbered buildings in an extraordinarily picturesque setting tucked away on the southern side of the Seine estuary.

I’ve been here 3 times now over the years since my first visit back in 2003 and it really hasn’t changed very much at all. Shops fight for space behind the quay and restaurants stretch their terraces across the cobbles. I didn’t have a 360 camera back in 2003, but now in 2016 I could take some good shots. However the weather had other ideas and was against me, so sadly I didn’t get much footage at all.

It’s a perfect place to stop for lunch and watch the world go by, in fact here you can see some very strange things go by, like divers in full snorkeling gear waddle past you while pushing a shower and bath… WTF!? 🤨

While I was there they had set up a zip wire across the harbour and even though it was drizzling with rain I just had to have a go. They were even happy for me to take my camera, at my own risk of coarse. It was a little ropey holding the camera between my fingers and keeping hold of the carrier, but all was fine. The brake was simply a yank down on a carabiner to slow yourself enough for they guy at the end to catch you, thankfully as simple as it sounds it actually did work and the footage wasn’t to bad for an old camera like the Gear360 without any stabilization. 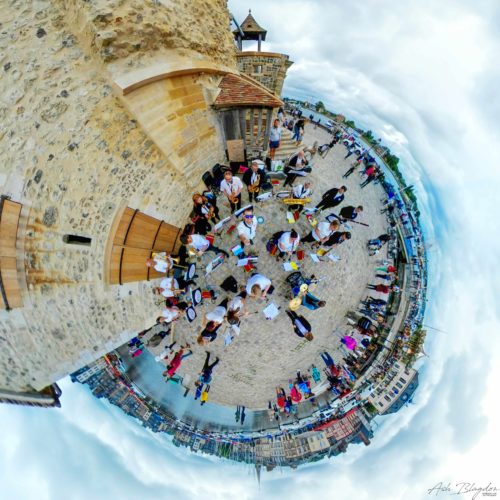 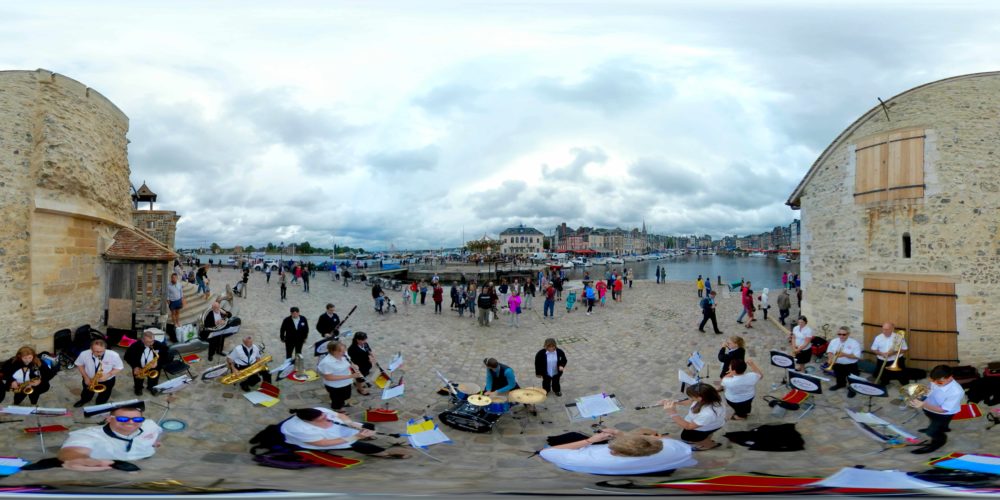 Honfleur is in northwestern France located on the southern bank of the estuary of the Seine across from le Havre.

The first written record of Honfleur is a reference by Richard III, Duke of Normandy, in 1027. By the middle of the 12th century, the city represented a significant transit point for goods from Rouen to the UK.

There are a few airbnb and hotels ranging from £57 a night.

Unfortunately I can’t remember where I ate back in 2003, but 2016 I did enjoy a bowl of mussels at Les cascades. Sea food is plentiful here and as fresh as you can get, so give it a try.

Once in honfleur most things are accessible via foot.

Have you been to Honfleur? Where would you recommend to go? Share your thoughts