Enjoy a 360 virtual tour of Lombard Street a must see in San Francisco! The Most Crooked Street in the World and one of the most popular things do in the city! I’m sure many people have seen this street in a movie or TV show which adds to it’s popularity. It’s both unusual to drive down and a lot of fun. There’s always a ton of tourists and traffic around.

I returned to San Francisco in 2023 and this time I had a drone with me, so I had to get some shots from above.

Famous for its steepness with eight hairpin turns and for some reason we chose to walk up the thing or should i say climb? You do get a slight sense of achievement when you finally reach the top and gather your breath….. jeez that’s steep! I would suggest it’s a better idea to walk down though, unless you’re up for the challenge. You do get to see some of San Francisco’s most expensive real estate of Victorian mansions lining either side of the street.

If you do have a car then you can’t miss the chance of driving down. It’s one way, so you have to start from the top. You may only be going 5-10mph, but it’s still a fun little drive. 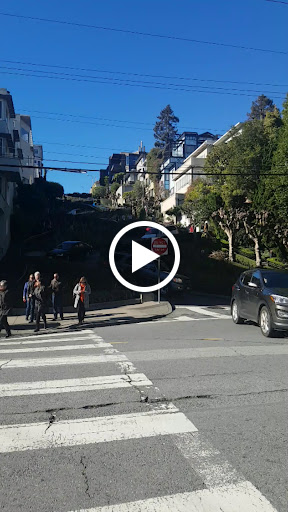 People at the bottom of the street crowd the intersection for photo opportunities and the traffic in general around Lombard is impatient and doesn’t always obey rules. If your a tourist or resident, you should definitely check this place out at least once. 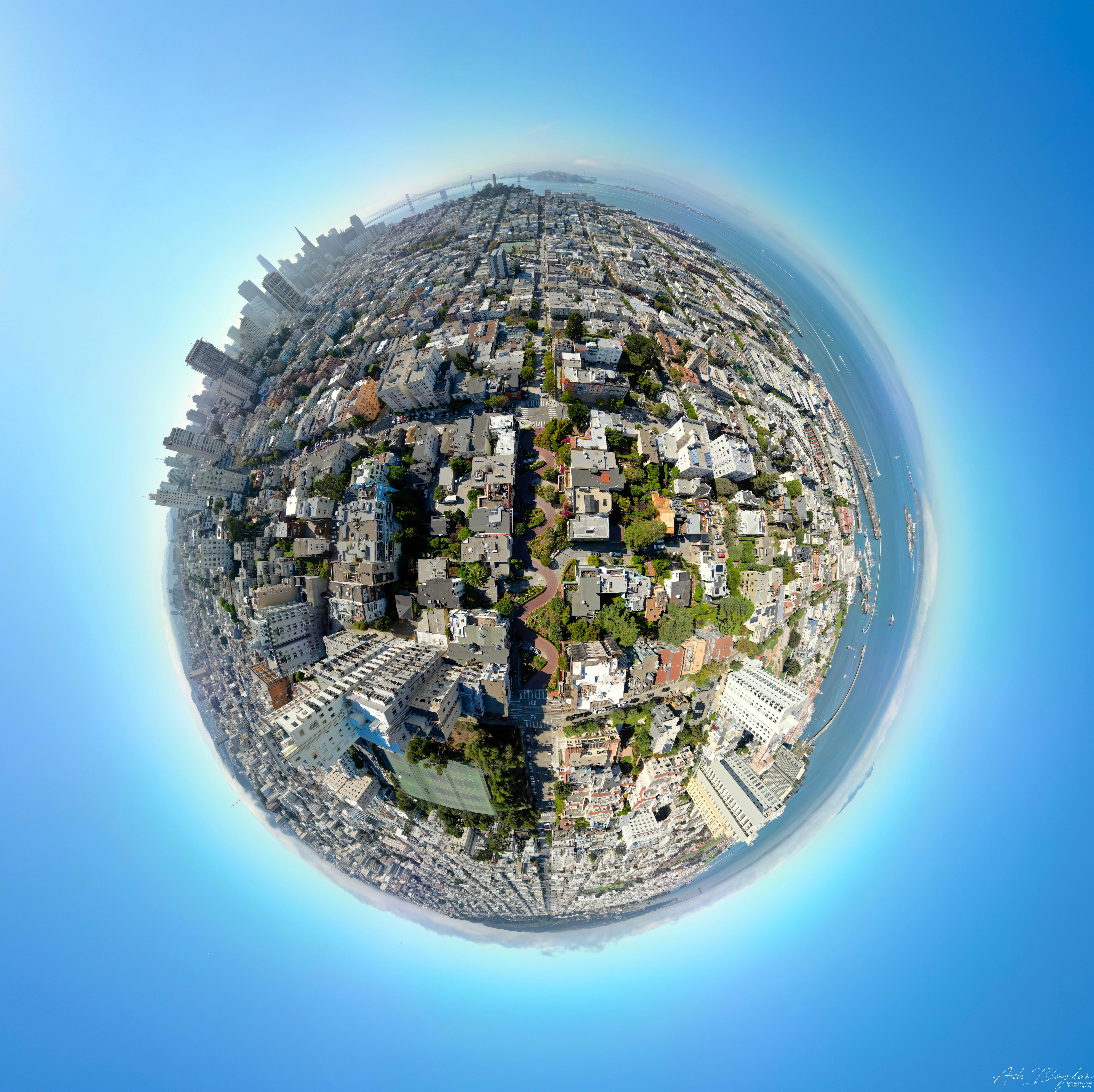 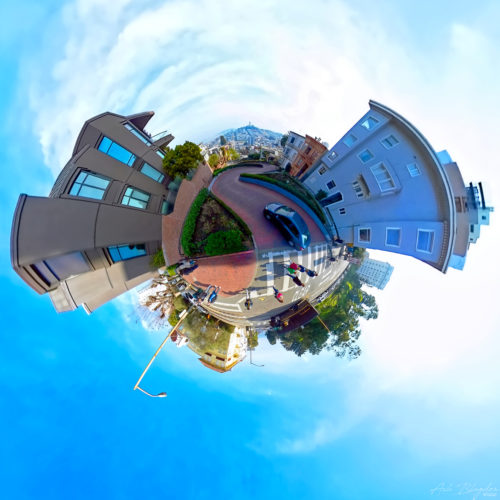 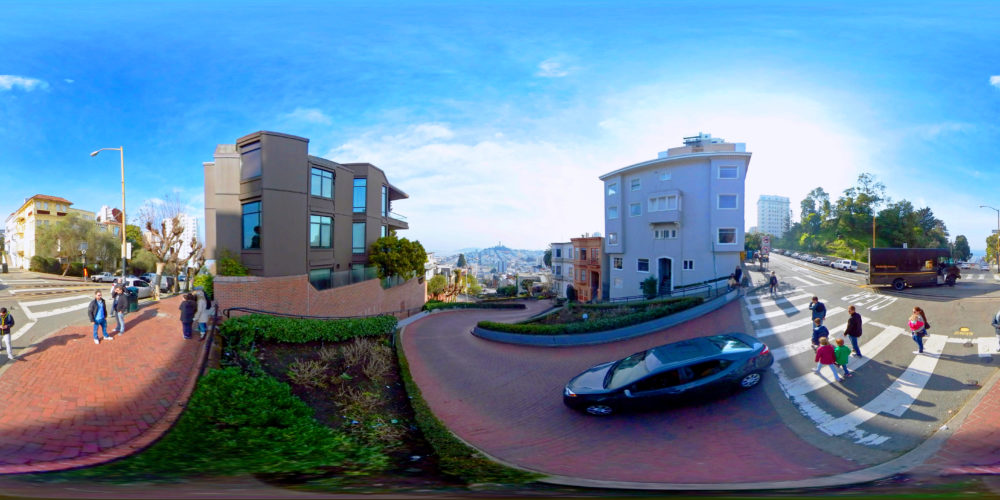 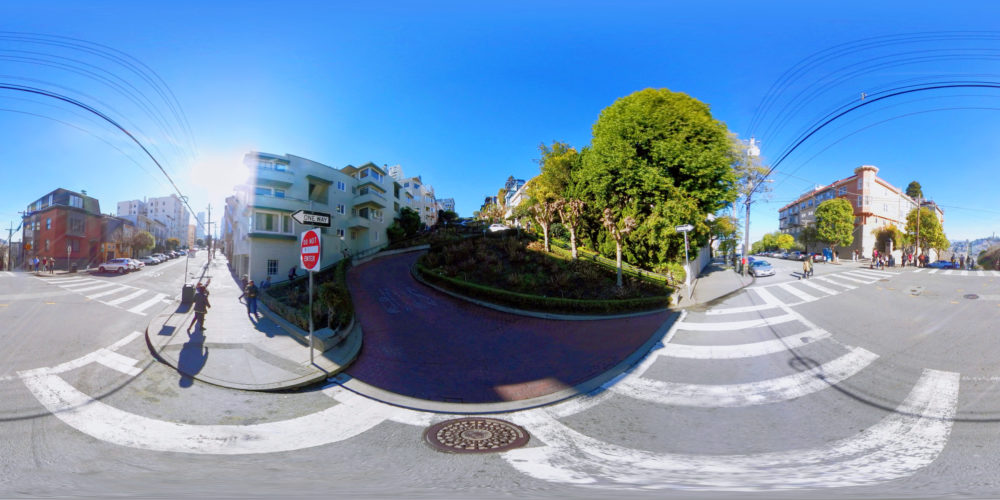 360 photos are available to purchase here.
or watermarked  at half price here.

Lombard Street is the famous one-block section, claimed as “the most crooked street in the world”, is located along the eastern segment in the Russian Hill neighborhood of San Francisco.

Boudin Bakery at Fisherman’s Wharf, they do the most amazing clam chowder in a bread bowl.

Visiting doesn’t take a lot of time. Depending on your fitness level you can walk from the bottom to the top in less than 5 minutes. The leisurely way to enjoy it though, would be to start at the top and then walk down admiring the mansions as you go.

The crooked famous portion of Lombard Street is located between Jones St. and Hyde St. An exact address to reach the crooked street from your GPS or phone is 1070 Lombard Street, San Francisco, California 94109.

The weather in San Francisco is unpredictable and liable to change unexpectedly, so be prepared.Â Morning and evening fog rolls in during the summer and winter months, but usually burns off by midday.

Have you been to Lombard Street? Would you recommend it? Did you try walking up?