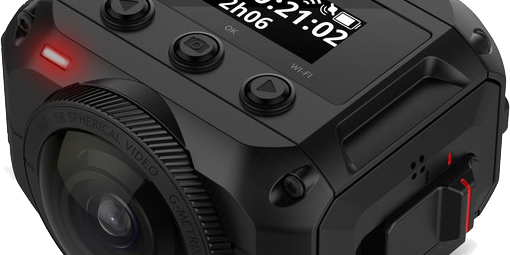 The VIRB 360 shoots spherical video at up to 5.7K and can take 15-megapixel stills. It has four built-in microphones working together to capture 360-degree audio to match the video. It automatically stabilizes and stitches the footage in-camera instead of offloading that processing to your phone. There’s also a live-streaming feature, which is compatible with YouTube and Facebook Live. All told, users should expect about an hour of battery life, all depending on which of the modes and settings you use.