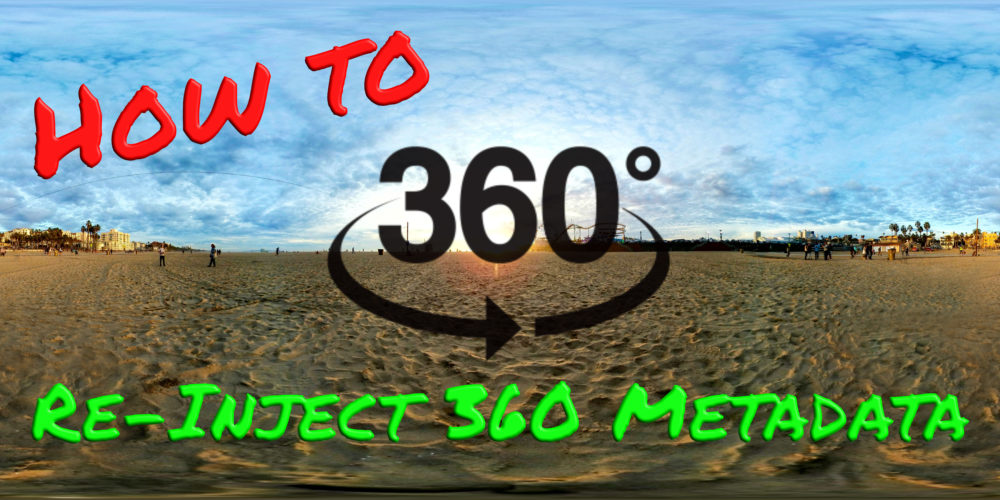 Are your 360’s displaying flat? Many editors will strip the necessary exif to be recognised as 360, Here’s how to re-inject 360 metadata.

All software recognizes and processes 360 photos and videos by looking for camera-specific metadata found when taken using 360-ready cameras. This information is embedded in the Exif (Exchangeable image file format) metadata tags, and if you’re sharing 360 photos straight from camera to the likes of Facebook or youtube, it should automatically process and present them as interactive 360 photos.

However, when metadata has been stripped or never existed in the first place, software may not be able to tell that your photo or video is 360. Commonly metadata is stripped during editing, but other workflows can also strip metadata.

To inject metadata, you’ll need to edit the XMP tags in the Exif data. There are numerous ways to do it these days, but here are the options i have always used:

Do you know a better way to fix and re-inject metadata?