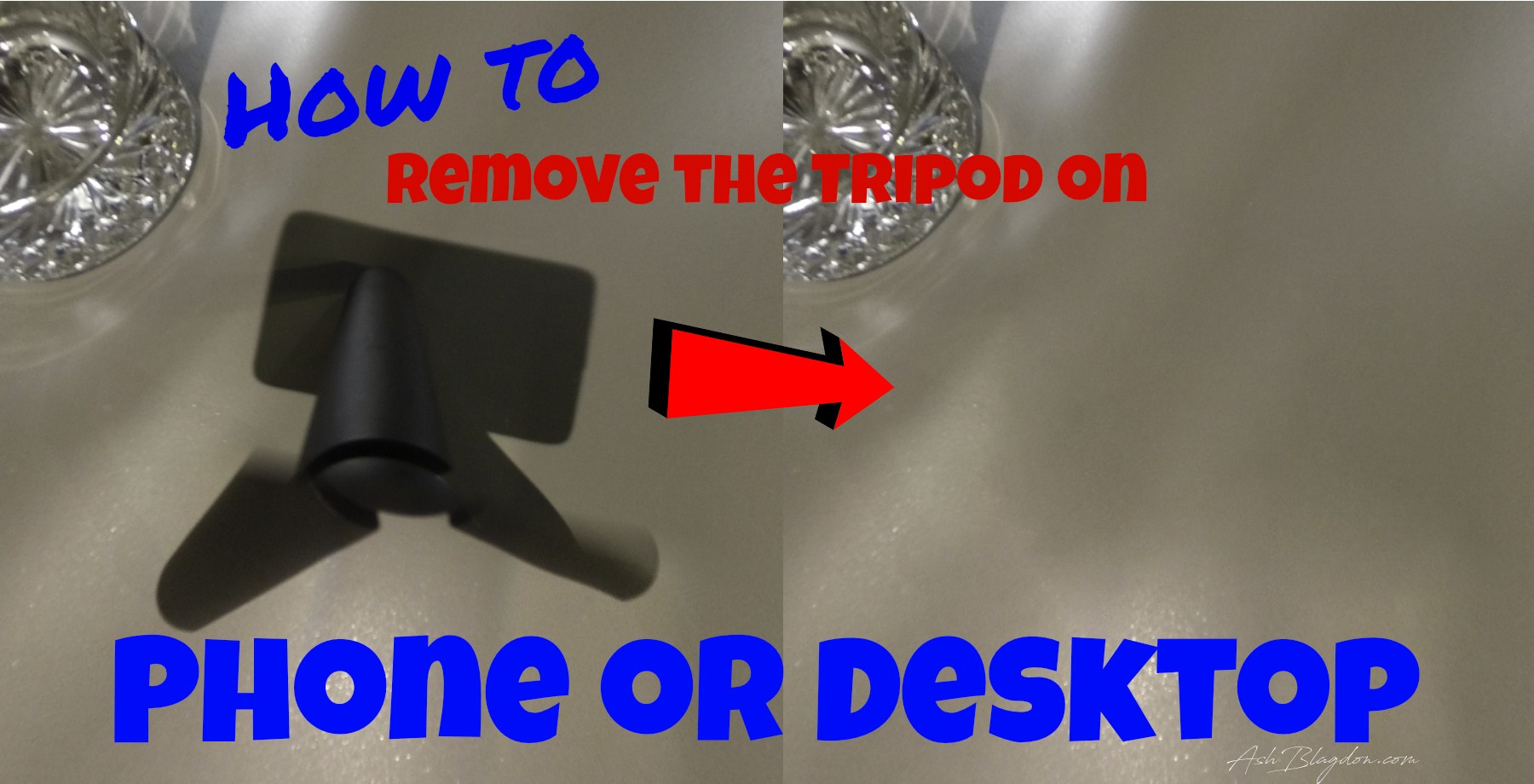 How to Remove the Tripod on Phone or Desktop? You can easily remove your tripod and fix the nadir of your 360 photos whether your on your mobile or desktop. Just click on the link below to find out how.

Here’s a few ways of removing the tripod on your desktop,  I’ve used Affinity, Photoshop 2018 and an old free version of photoshop on desktop.

Here’s how to remove the tripod on your mobile. I’ve used the Edit 360 app and Snapseed both available on Android or IOS. Edit 360 also re-injects metadata if its missing.

Update: You can now use Touch Retouch which is 360 aware allowing you to simply drag the photo around and remove unwanted objects.

How do you edit your awesome 360 photos?