Enjoy a virtual tour of Trethiggey Holiday Park, just on the edge of Newquay and only a short drive to the famous beaches.

Trethiggey is an ideal place to base yourselves for a weekend camping. I’ve been coming here since 2012 or even before. This year 2019 new management has taken over the site, they state on the website no groups, but we were a group of 13 mixed and all paid as couples and they didn’t seem to mind that.

Stocking up with food and drink is easy as both Morrisons & Lidl are just down the road. There are blocks supplied for bbq’s and a drinking water tap to the side of the toilet/shower block. Just remember to clear away any left over food or you’ll be woken up early by the wildlife. We made that mistake and were first awoken by crows at 05:30 and then came the seagulls a little later. The facilities aren’t bad, everything worked. Although If your a little squeamish of spiders, then you may not like it as they were pretty much in every nook and cranny.

Luckily the phone signal isn’t to bad as the wifi even though covering virtually the whole park is not free and priced like it’s the naughties. I wouldn’t think many people would be purchasing that con what with 4G being no extra expense and probably faster.

We arranged a taxi minibus to drop us off to Perranporth Beach and pick us up as there were 13 of us. This turned out to be a mistake as taxis in Newquay (maybe even Cornwall) are some of the most expensive I have ever experienced and I’d go as far as saying the most expensive taxi in the world!! We were picked up by reception and driven to Perranporth beach next to Percy Davy Close which is 9 miles and should take 16 minutes, but it was more 25. We rang A2B Taxis and on the phone we were quoted £3 or £4 per person with return for 13 people. However it was Pat’s Cabs that turned up, the driver asked again where we were going as we got in.

Once we were in the minibus and travelling he then asked how many of us, we said 13 and he responded with that’ll be £130!!!!!! £10 each, £5 per person for each way. WTF we aren’t doing an airport run to Heathrow ffs!! He said they got the destination mixed up on the phone, which is a likely story. To make things worse he wanted the whole bill up front. We argued this as we said we had no guarantee that he would even come back as he would already have all our money and therefore could do a runner, so he wrote a receipt and signed it and still insisted on the full fare.

To his due, he did pick us up again at midnight on the dot, but none of us were happy with the service and all felt that we had been totally ripped off. I expected the bill to be more around £70 and even then I thought that would’ve been on the expensive side. 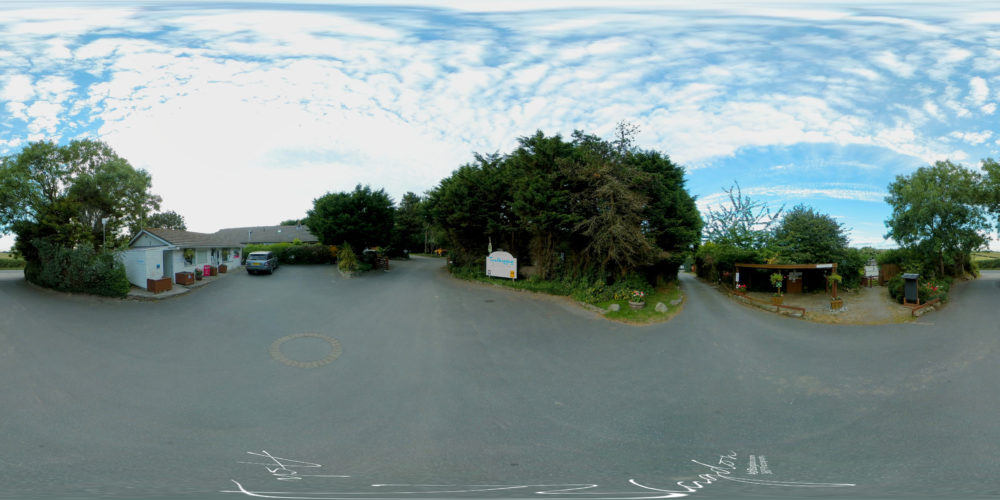 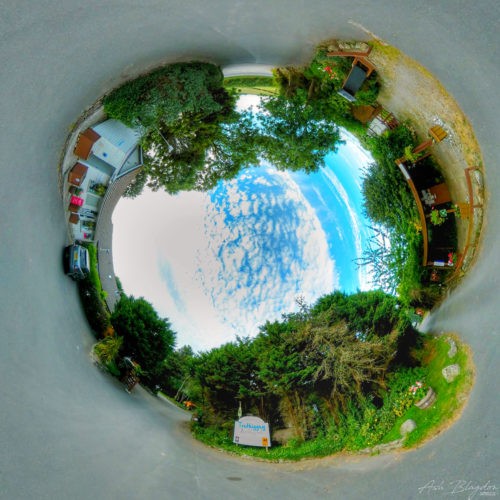 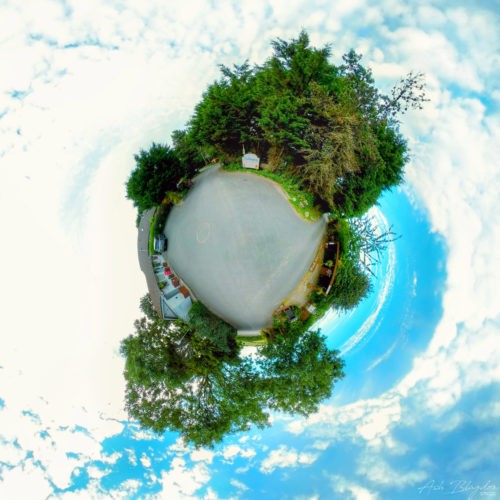 The park has two utility blocks with free showers, toilets, laundry facilities and washing up sinks. There are disabled facilities in both blocks with a family bathroom and baby changing facility.

Pitch prices are the same throughout the year, but person/dog prices do change depending on the time of year. Check here. For camping July 2019 we paid £16.50 per adult, plus the base cost which was £6.80 without electric for 2 nights totalling £39.80.

There’s a shop and a little takeaway, but we just drove to Morrisons and Lidl to stock up on food.

Where To Eat & Drink
Getting There

A3058, Quintrell Downs, Newquay TR8 4QR. The best way to come is by car and it’s very easy to find. There’s a wide entrance to the park from the road with a tarmac car park area at reception. Once registered at reception, enter the park through double gates.

Have you been to Trethiggey Holiday Park? Would you recommend it?