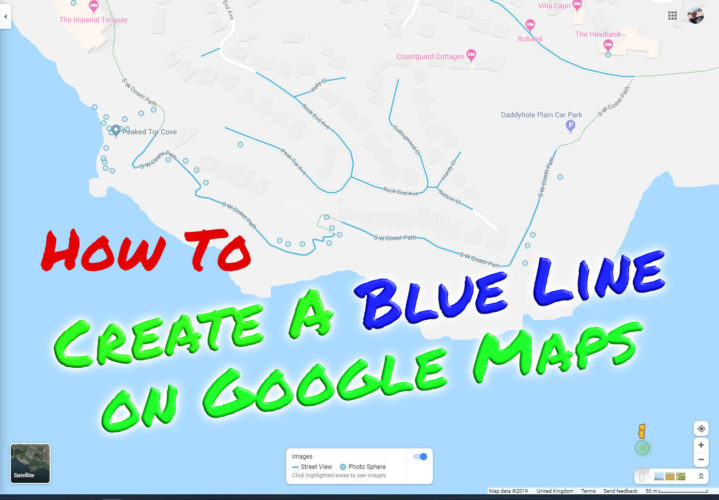 How to create a blue line on Google Maps

How to create a Blue Line on Google Street View. The blue lines appear when you use the ‘yellow man’ and hover it over the map.

To create a Blue Line, you need at least 25 panoramas, shoot on the street, or path where the panoramas are 3-5m (10-16ft) apart. Like I have done here along the South West Coastal Path from Daddyhole Plain to Peaked Tor Cove in Torquay.

How to create a blue line on Google Maps

A Blue Line tour is not associated with any business or address on Google, it’s only public places. There are a few ways you can achieve the blue line and here are some examples:

No matter which method you choose, your contributions may appear as a blue line on Google Maps. Though usually after some days (weeks?) Google will convert them to a blue line in a separate processing step.

Have you created a blue line? Would you recommend it or do you think it's to much hassle?