Enjoy a virtual tour of Bellever Forest near Postbridge on Dartmoor.  A beautiful and tranquil setting to camp or just go for a stroll by the East Dart River.

Sadly due to some individuals with no respect for the moors, there was an increase in fly-tipping and excessive rubbish being left in the Summer 2020. This meant that there was a temporary ban on camping at Bellever for 27 days.

LEAVE IT HOW YOU FIND IT AND LEAVE NO TRACE!

Bellever is a stunning place to wild camp on  dartmoor. I first came here at the beginning of August 2019, so it was quite busy being smack in the middle of the tourist season, there were lots of tents already set up and we didn’t arrive until late afternoon. At the time luckily parking was free as the machine wasn’t working, however on return a few weeks later the machine was working again at a cost of for £3 all day.

The machine is located alongside the toilets which are open 9am – 10pm if you don’t mind the odd spider or 2. Although they didn’t open until 10am when we returned in the middle of September. There are some large bins there to discard your rubbish before you leave.

I Slipped on my Arse!

You are not allowed to camp in the forest and they have now put up signs warning you. You have to hop across the river (or walk around to bellever bridge) to the otherside where there are plenty of places to set up along the river. Carrying all your gear across can take a few trips and be a challenge for some, so if you can pack light I would.

We set up our tent, fired up the bbq on a large rock and just chilled until the sun went down. If you have a bbq that can be used as a fire pit I would recommend searching for plenty of wood before the sun sets, as we ran out and hopping across the rocks in the dark isn’t as easy as in daylight especially in flip flops and typically I slipped on my arse falling straight onto a massive boulder, luckily though it was just my foot that went into the river 🤦‍♂️. (I laughed at the time, but I couldn’t sit on a hard seat for any length of time for over 6 months after this 😲)

There is no phone signal whatsoever, so you can switch off from the rest of the world. You’ll need to either walk up one of the trails or drive to Postbridge for signal. We drove to the Warren House Inn for some lunch which has an amazing view, it’s the 3rd highest pub in South England and it’s said that the fire has been alright since 1845.

Stumbled Across an adder!

If you like a walk then there are a couple circular walks that will take you around some of the old settlements, open moorland and up to both Bellever Tor & Laughter Tor.

Wanting climb both Tors we made up our own trail by heading up to Laughter Tor, then around to Bellever Tor where we stumbled across an adder basking in the sun. It was to quick though and had scarpered off into a bush before I could get my camera out. After Bellever Tor we then made our way back down. Walking along the forestry roads is quite boring and laborious, so I would recommend you work out a route to avoid it as much as possible.

Sleeping in my Birthday Suit

Sleeping alongside the river was so relaxing, just laying back listening to the water running by. However, It can get chilly at night, especially if you’re using an airbed and duvet. The air inside an airbed can get cold which then transfers to you as you lie asleep. This was the mistake I made as I was sleeping in my birthday suit, and then woke up at 3am with a freezing cold back. You’ll either want to wear some clothing, have something between you and the airbed you’re lying on or just use a sleeping bag. Luckily I did have my sleeping bag to hand, which i pulled under me, after that I was fine and fell asleep no problem.

The view you wake up to after opening the tent though is gorgeous along with the birds were singing and right opposite us were sheep and ponies grazing.  I’ll definitely recommend wild camping here, but when it’s a little quieter and out of season. You can see all my camping gear here. 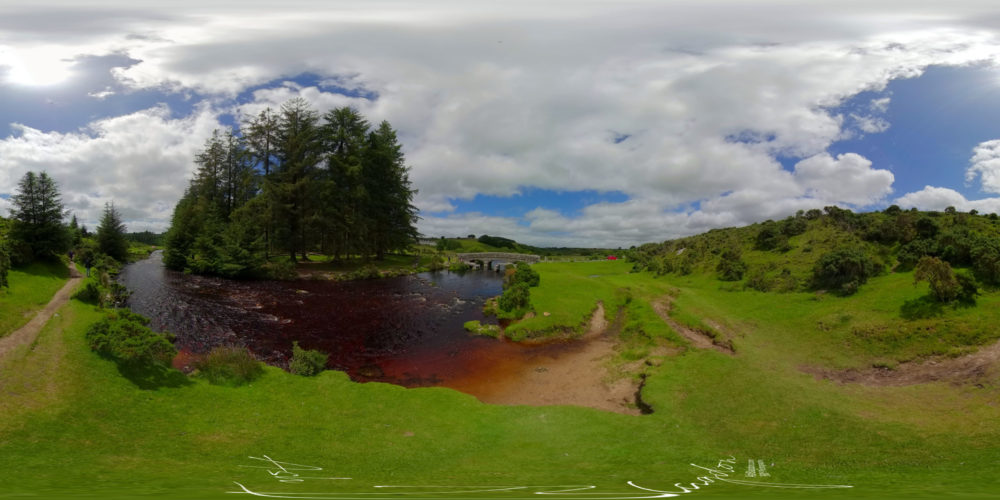 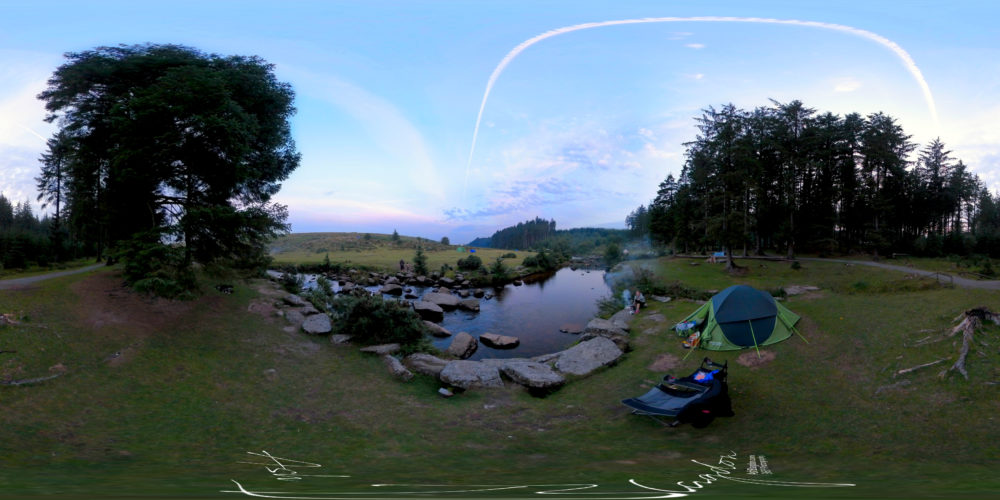 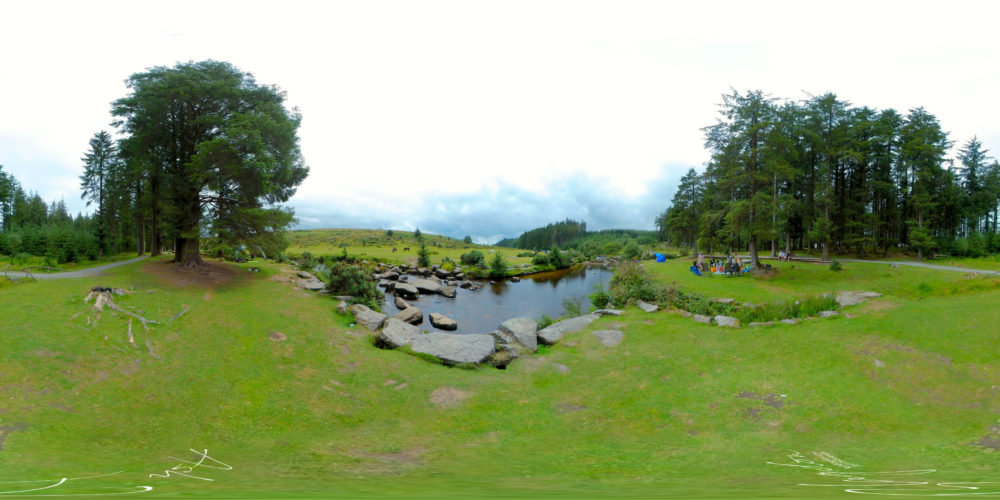 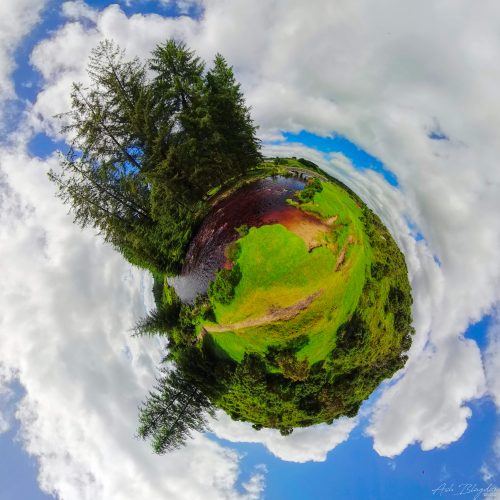 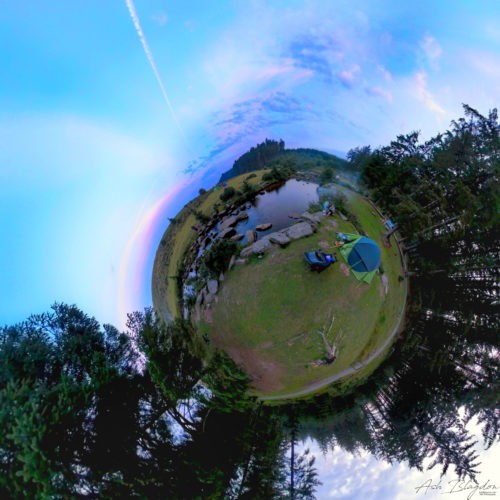 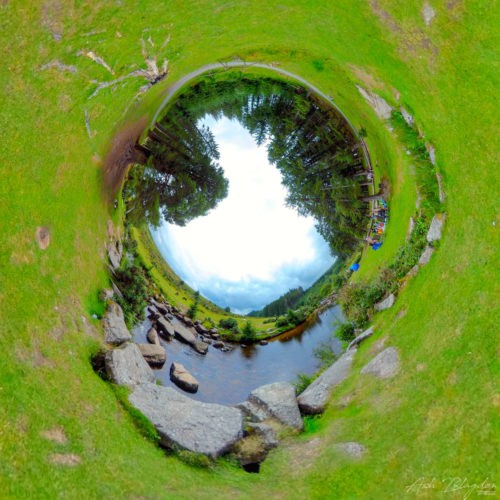 Bellever is a hamlet in Dartmoor, Devon, UK. It is located on the river East Dart about 2 kilometres south of Postbridge. Filled with coniferous trees, winding hiking paths and Dartmoor ponies.

There is a village shop and pub in Postbridge within a 30 minute walk.

The circular routes are waymarked and full details can be found on a plaque on the side of the toilet block in Bellever car park.

There are two circular trails:

Tip: Walking along the forestry roads is quite boring and laborious, so I would recommend you work out a route to avoid it as much as possible.

Tip: Beware of adders, the Uk’s only venomous snake.

Getting around is easy, but it can be soft underfoot in places. There are a few places where you can cross the river by hopping over rocks, failing that just walk to the road bridge and around where you’ll also find the Bellever Clapper Bridge, a relic from medieval times.

Bellever Forest, Yelverton PL20 6TP. Car is the easiest option to get here, though the roads are narrow and windy. Once you arrive there is a large car park that is pay & display £3 all day.

Remember Dartmoor has a 40mph speed limit to protect the cattle, sheep and ponies who freely roam the moor and can wander onto the roads at any time.

Have you been to Bellever Forest? Did you camp overnight? Tell me what you thought, would you recommend this spot?