Enjoy a 360 virtual tour of Drake’s Place a restored reservoir and gardens where you can escape from the busy Plymouth city centre.

Drakes place is a nice place to unwind on your lunch break or get away from the crowds of the city centre. Just chill out and watch the world go by in the sun. There’s often events here throughout the year and if the weather’s good the cafe have a BBQ Thursday lunchtimes.

I do think it was a strange choice to put the benches facing each other, personally I would have alternated them, that way no one would sit in front of you obscuring the view. 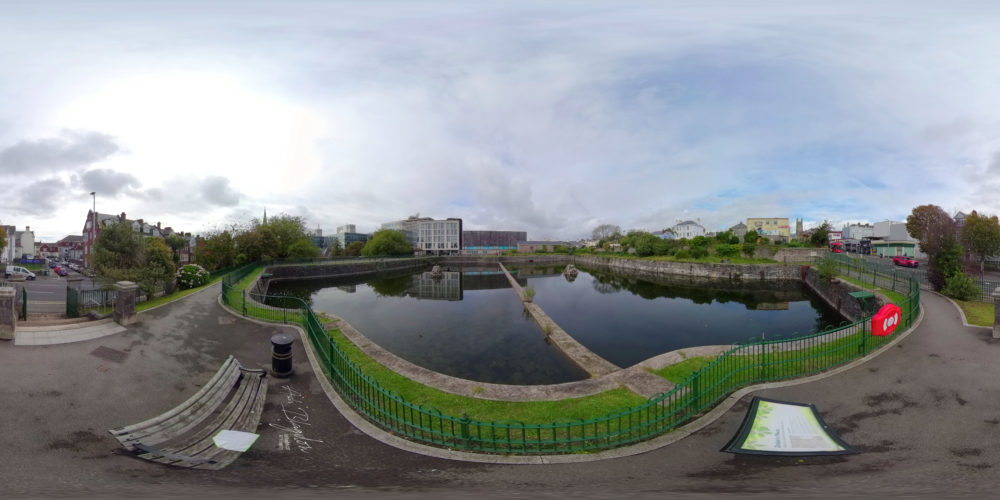 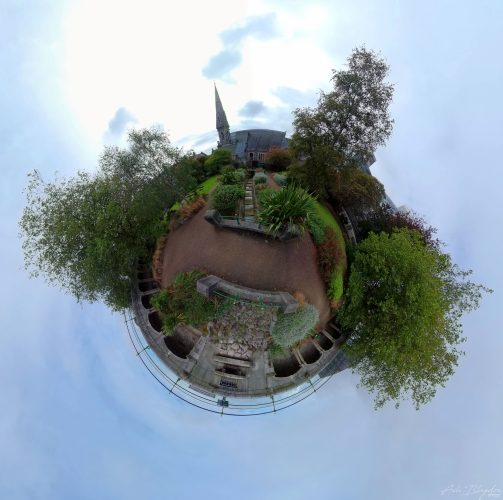 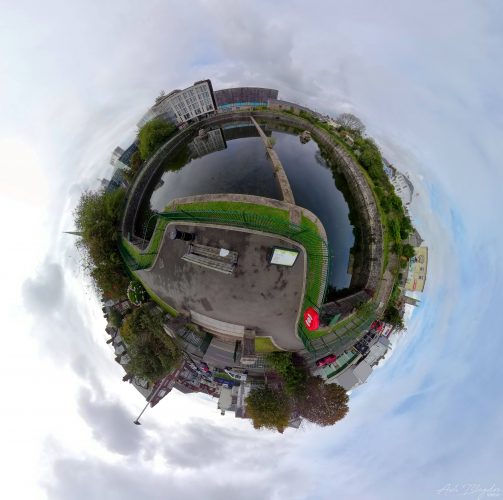 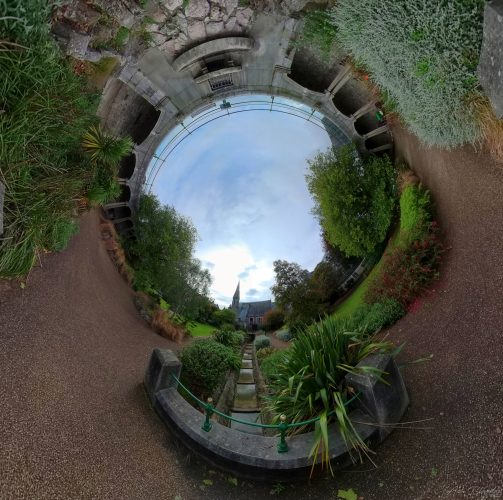 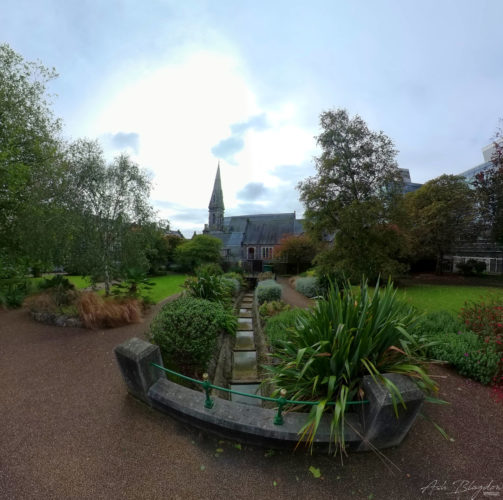 Drake’s Place is located in the center of Plymouth next to the University campus, Devon, UK.

In 1592, Plymouth built a 28km channel running through Drake’s Place, carrying water to the city from Dartmoor. This became known as Drake’s Leat after Sir Francis Drake, who oversaw the construction. Drake’s Leat supplied water to the townspeople through conduit houses around the town.

Drake’s Mill stood in the gardens once too, supplying the town with flour. In the 1880s the mills were demolished, replaced by grand new gardens which opened in 1891 as a tribute to Sir Francis Drake. These featured a broad promenade along the dam of the reservoir, above a colonnade overlooking the gardens. The Dartmoor granite pillars of the colonnade originally formed part of the Shambles outside Saint Andrew’s Church. When this was removed around 1791 the pillars were re-used in the Market, where they remained until 1890.

Easy to get around, although there are steps separating the reservoir to the gardens below. Wheelchair users will have to use the top and bottom roadside entrances to get between the two.

Have you been to Drake's Place? Would you recommend coming here? What could improve it?