Oktoberfest in the Plymouth Guildhall with umpa lumpa, great local bands, and of coarse two pint tankards full of beer brought to you by Bavarian Beer girls dressed in lederhosen.

I’d travelled down from Paignton with a bunch of mates for the Oktoberfest event. They had an umpa lumpa band on stage in between some local cover bands, though it was difficult to hear them in the centre of the room and of coarse the two pint tankards full of beer that were even brought to your table on request by the Bavarian Beer girls dressed in lederhosen, it was a really great atmosphere.

The day was going well and all seemed organised, that was until they started to run out of beer from 7pm, the event was supposed to run until 11pm! Tables started making glass towers from the empty glasses, but this only occupied everyone for so long. People started complaining and leaving. We all decided to leave around 8pm and I have to say I felt so sorry for the girls on the entry tills having to deal with rather a lot of angry customers. The organisers eventually agreed to refund any beer tokens we had left, the least they could do and we carried on our night Plymouth city centre instead.

After the event we complained to them through their facebook and twitter pages, but as expected nothing came of it. It was a shame that the event was so poorly prepared to deal with the amount of people. For a ticket only event there are no excuses, they knew how many to expect! 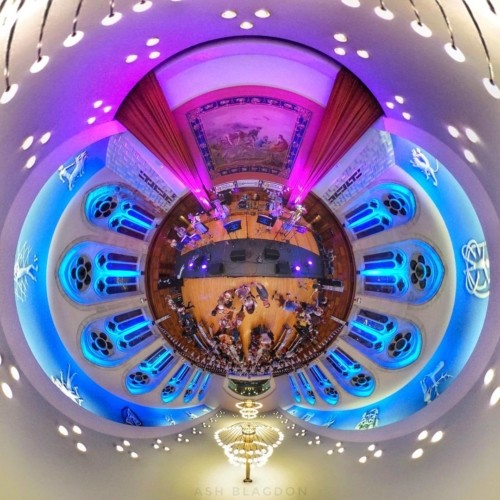 Oktoberfest After dark Inside the Guild Hall. Tried to get as central as I could without being barged off the dance floor 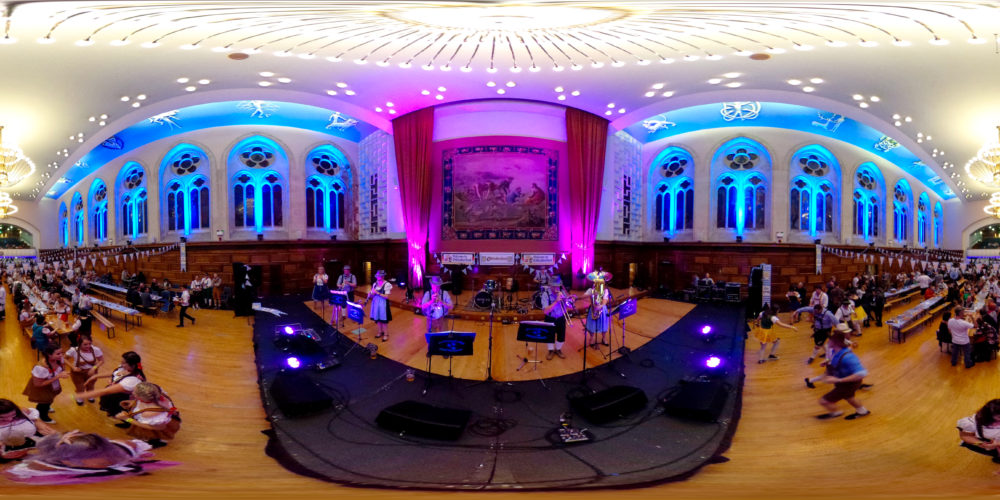 The hall has capacity for 820 people with a balcony for additional or VIP seating, making it one of the largest venues in the South West. Over the years it has hosted many famous performers including Status Quo, Queen and Julian Lloyd Webber. Fourteen stained glass windows line the sides of The Great Hall and they depict notable moments in Plymouth’s history.

Explore the World in 360

Were you at the festival? Were you disappointed? Share your thoughts?