Enjoy a 360 virtual tour of Torquay Utd Football Club. As a local I like to support the local team and try to get to a game when I can.

I’ve come here many times over the years, more so as a kid. I was even lucky enough to play on the pitch on a couple of occasions. Once during a practice I attempted a volley that wildly flew way up and hit the top rim of the family stand, came back down to my feet and i put it in the back of the net. A trick shot I don’t think i could have done again even if I had tried a million times. I was promptly asked not to kick so hard or try any outlandish efforts any more so not to hit anyone watching from the stands 😂

I also enjoy a VIP day out for a friend’s 40th Birthday, getting our own room to watch the match and then drinking with the players and staff after the game before sitting down to  enjoy a meal. 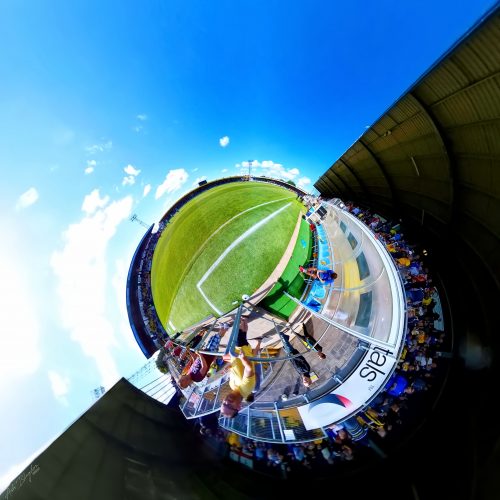 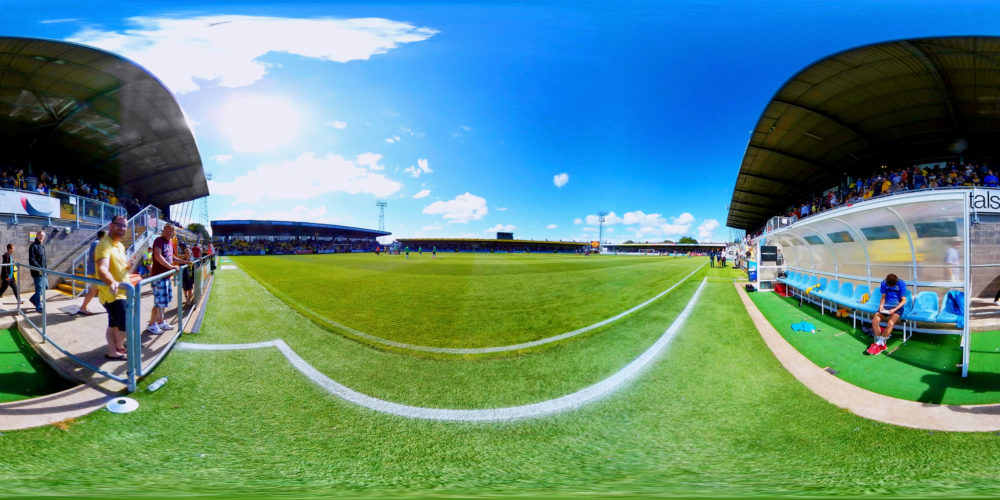 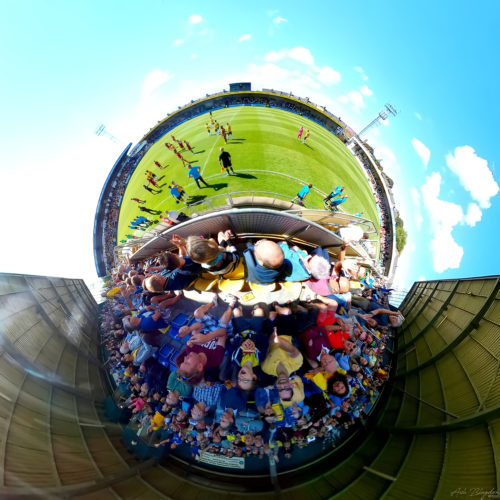 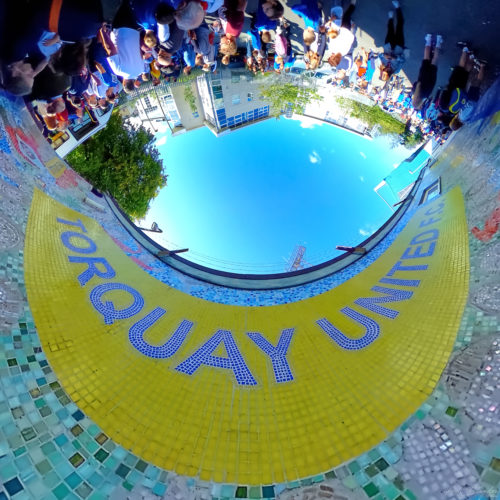 If your planning to grab a quick bite at half time be quick as the queue can get long and the 2nd half will be kicking off before you know it and you’ll still be stood in the queue.

I’ve always driven over and usually find on street parking around the Ellacombe area.

Have you been to Plainmoor? Tell me what you thought?