A virtual tour of Dartmouth Regatta where thousands of visitors descend on Dartmouth every August for a packed three-day programme of air sailing, sports, live music, street food, fireworks and more.

I’ve been coming to the Dartmouth Regatta for a number of years, usually arriving either by catching the sea train ferry (£24, 2021) from Torquay or the Steam train (£19.60, 2021) from Paignton to Dartmouth. The sea train is a stunning 2 hour boat trip with amazing views and often spot dolphins and seals along the way. (sadly it is very weather dependant though and has been cancelled at the last minute a few times, so we’ve then had to take the steam train both ways instead 😒) If the boats on though it takes you into the heart of Dartmouth, then when you’re done return to Kingswear on the foot passenger ferry included in your train/ferry ticket and catch the steam train back to Paignton. For regatta they usually have extra trains running and the last train is later than usual, but this is still early for most leaving around 21:45 – 22:00 after the firework display. This is why we always make sure we’re across the water and back on the Kingswear side before the fireworks watching from the Ship Inn, as the rush and queues after the display can be crazy and you will likely miss the last train.

Once in Dartmouth for the day the place is buzzing with people everywhere. I tend to head straight for the food market to see what’s available for lunch, there’s usually always plenty of delicious stuff to try. If you want a beer the the best beer garden is at the George & Dragon, though it gets busy fast and your lucky to find a table. One year we did see a group carrying an ironing board as a pop up table, which I thought was a great idea 😂 I also like the Dartmouth Arms at Bayard’s Cove as it has the best view, it’s just the opposite side of town. I should mention The Dolphin & The Cherub are also good places to visit. 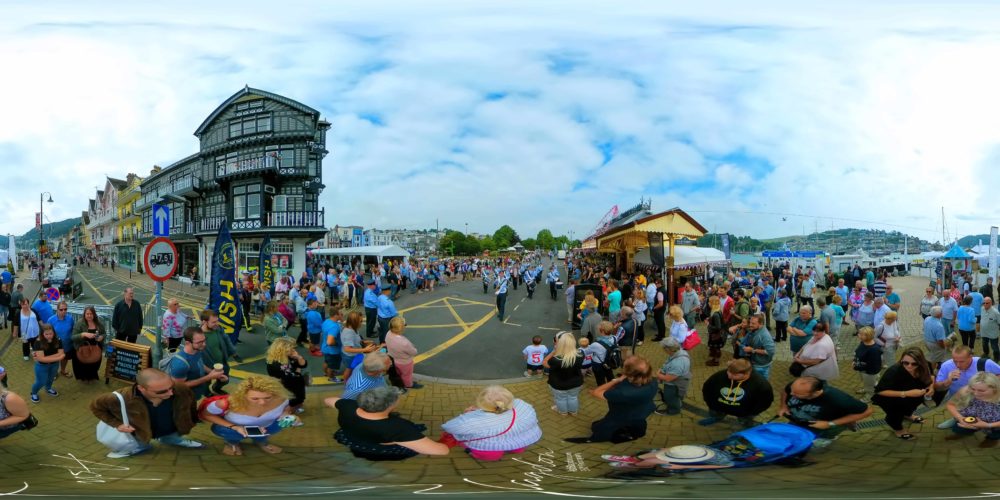 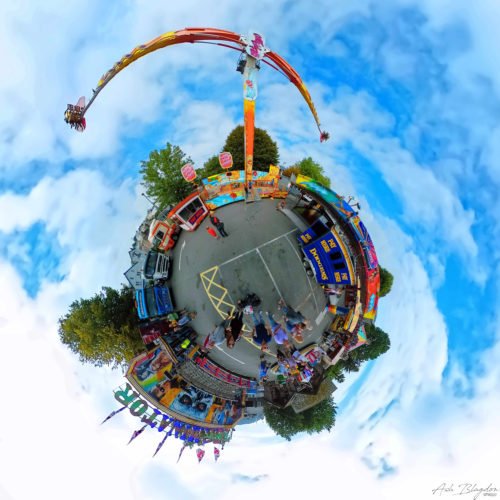 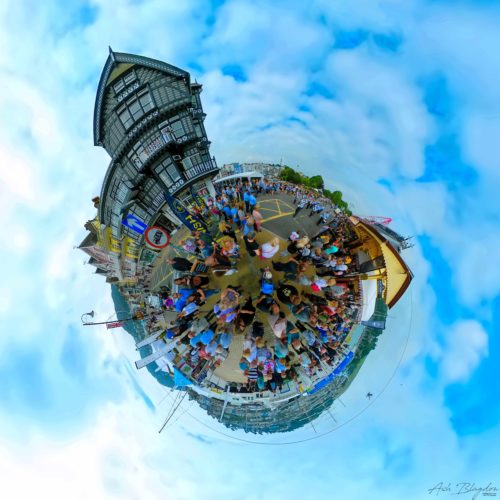 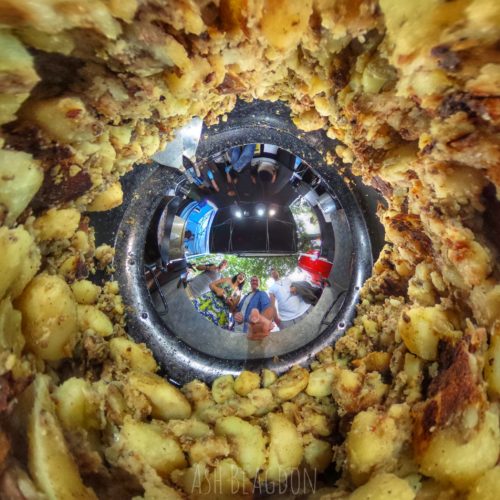 All images available to purchase here or watermarked at half price here.

The Dartmouth Regatta takes place over the Thursday, Friday and Saturday where the Friday is the last Friday in August. The Regatta is formally opened on the preceding Wednesday evening, although as the regatta has grown, some events start as early as the weekend before.

In 1856 it became a Royal Regatta when Queen Victoria, Prince Albert and the Prince of Wales came into Dartmouth in a flotilla of nine boats on an unscheduled visit because of bad weather, arriving the day before the regatta started on 11 August. Prince Albert and his son went up to Sharpham Point in the new steamboat Dartmouth, which had arrived on the river only the previous day. The Queen followed in the state barge, going as far as Dittisham. The Queen came ashore at 6 pm and was met by the borough mayor. The Queen then drove in a carriage over ‘The Ridges’ to the ‘Black House’ at the junction of Jaw Bones/Swannaton Road/Stoke Fleming Road. She was accompanied by Sir H.F. Seale on horseback. That night there were special illuminations both ashore and afloat. The Queen donated £25 and Prince Albert gave £20 for three rowing races to be competed for by the sailors of Dartmouth and this was done on the second day of the regatta. The Queen the next day sailed on to Plymouth but before leaving bestowed the title of ‘Royal’ on the regatta.

There’s plenty of food available from the street market or you can choose to eat in one of the many restaurants or pubs.

I usually travel to Dartmouth by either catching the ferry from Torquay or the Steam train from Paignton.

Have you been to Dartmouth Regatta? Tell us your thoughts? Would you recommend it?