Enjoy a 360 virtual tour of Greenway House once the home of the famous writer Agatha Christie, now owned by the National Trust. It has hardly been touched over the years and offers a glimpse into the private life of the Queen of Crime and her family.

It really was like stepping back in time as you walked through the doors and as we did we were greeted by a man who straight away handed us a guide leaflet and we were told to gather round. He then gave us a short introductory talk after which we were then allowed to wander the house as we pleased. It was just a shame that they don’t allow monopods or selfie sticks inside the building, which of coarse left me a little limited with what I could capture in 360 👎. It was also pretty busy in all the rooms that day, but I did manage to get one sneaky shot in the sitting room with only two people around. Edit: I returned in the summer 2019 during better weather to wander the gardens and get some better shots.

It turns out that Agatha and family were quite the collectors with many books, pictures & artifacts kept throughout the house. In the library, there was an interesting moural encircling the walls depicting incidents that occurred during the war, a little random and unexpected.

It’s not spectacular and certainly doesn’t take long to look around what’s on offer, but it’s still interesting nonetheless. I came during the month of November when they offered a special for any locals who live in the TQ postcode area being allowed to enter for free. Having lived here for over 30 years surprisingly I had never actually been, although the usual entry fee of around £12 might of had more to do with that. Personally I think for what it is and what’s on offer, that fee is way overpriced.

Parking is limited near the house, but you can easily pre book a space or like me travel on the Dartmouth Steam Railway, you have to tell the conductor that you’d like to get off at Greenway Halt and make sure you sit in one of the first two carriages of the train this is because the station itself is only short. I travelled with my Grandparents, so had arranged to meet a friend at the halt to drop them down to the house so they didn’t have to do the 20 minute muddy walk through the woodland. Annoyingly on return to the station it was raining, so I didn’t take many shots of the platform, but at least there was a small carriage that has been converted into a shelter so we could hide inside while we waited for the train. Not forgetting you have to press a yellow button on the platform 10 minutes before the train is due, so it knows to stop and not just plough on through. 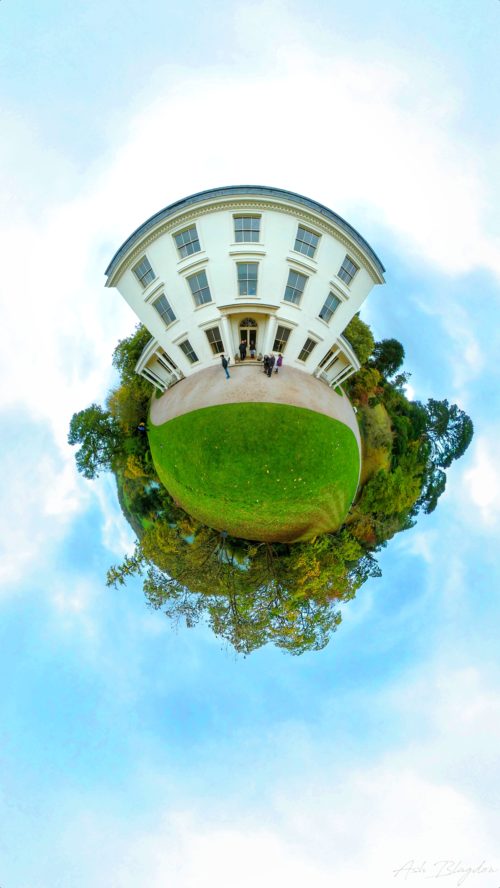 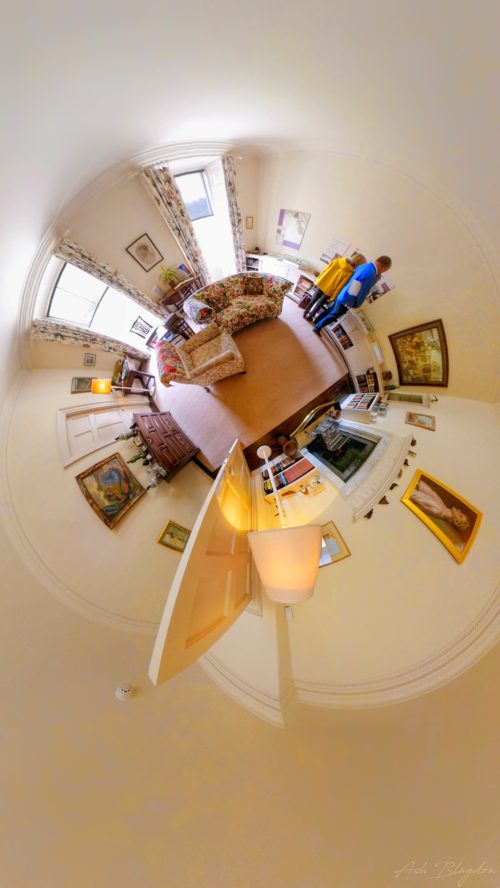 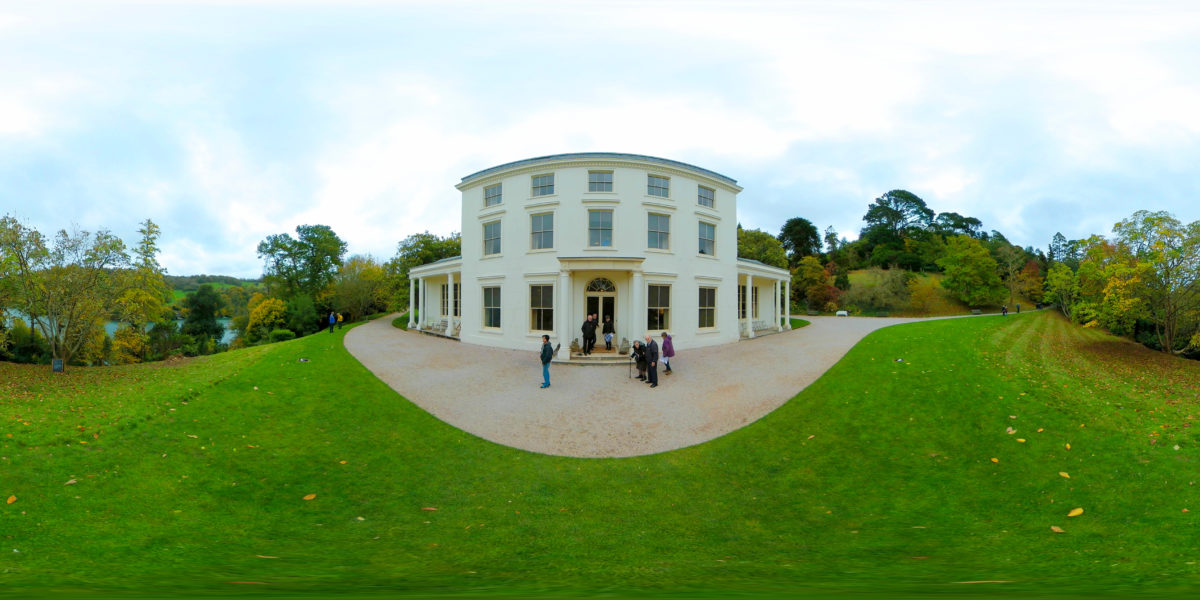 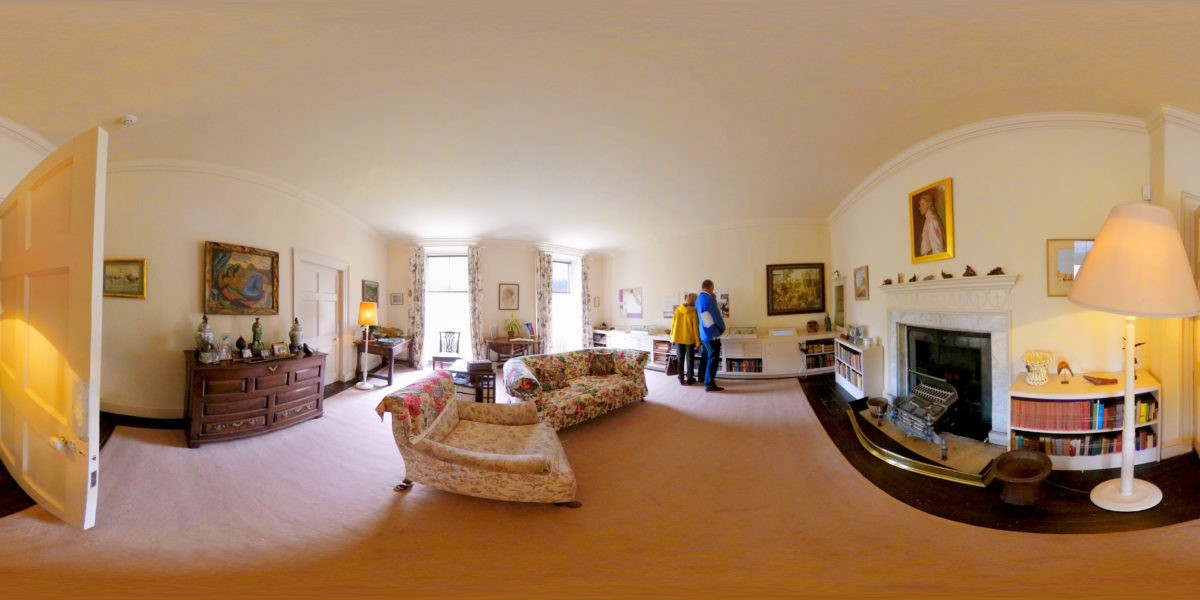 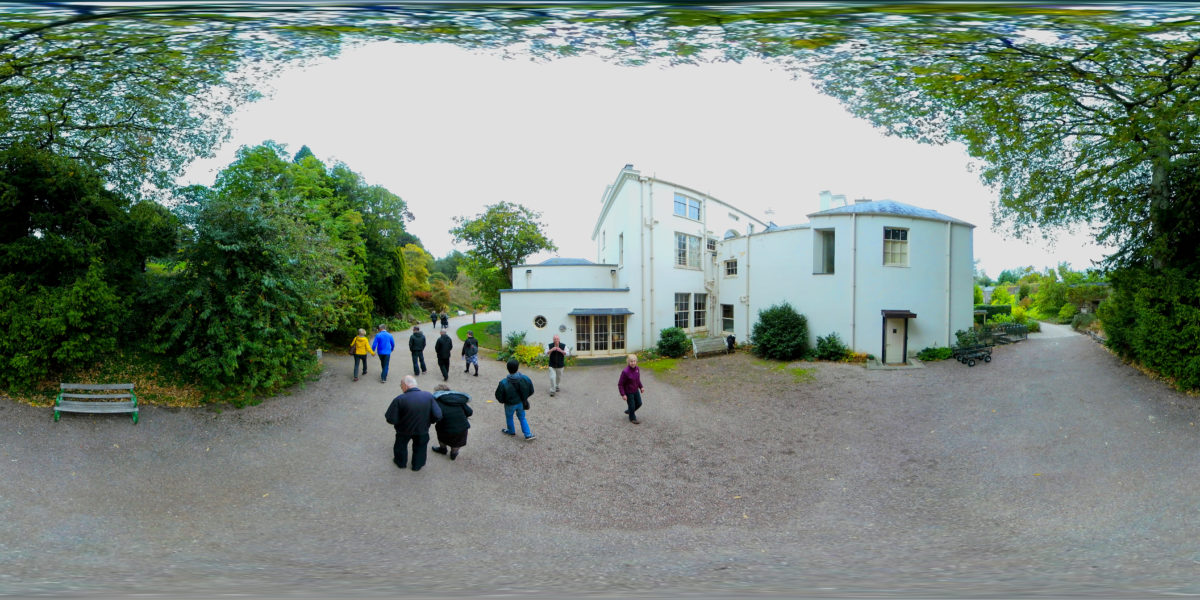 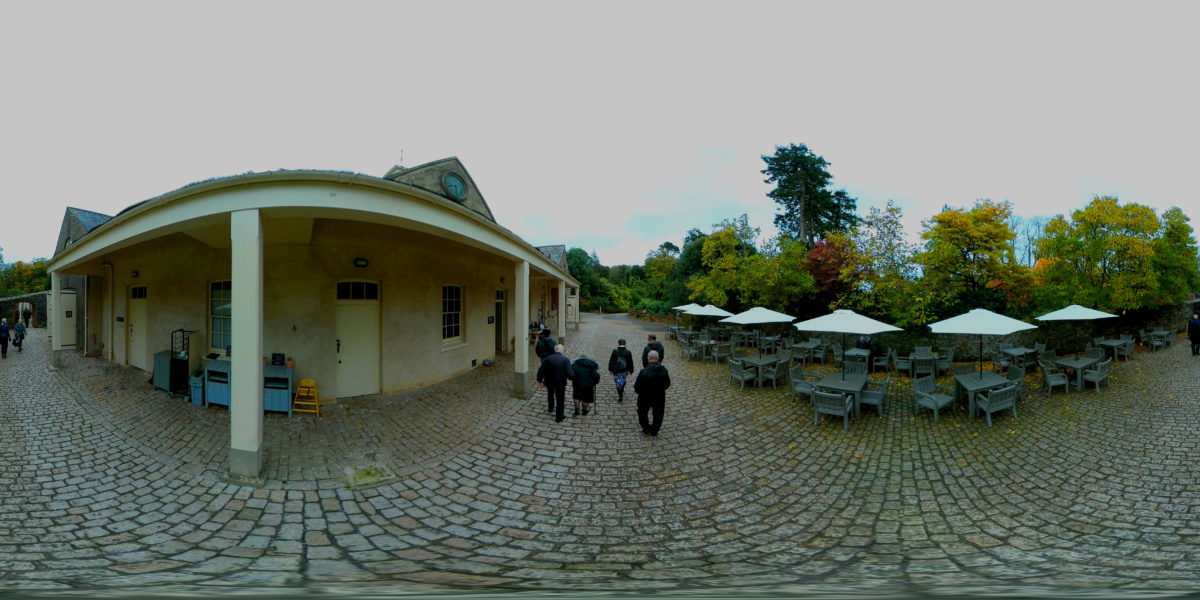 In 1959 Agatha’s daughter, Rosalind Hicks, purchased the house from her mother, and moved in after the deaths of Agatha in 1976 and Max in 1978. Rosalind and her husband lived at Greenway, developing the garden and introducing a collection of rare and tender plants. They decided to give Greenway to the National Trust in 2000, and the garden was opened to the public that year. Rosalind and Anthony Hicks lived at Greenway until their deaths in 2004 and 2005.

During the Second World War the house was requisitioned and used first to house child evacuees, and then from 1944 to 1945 by the U.S. Coast Guard. You can see evidence of the Coast Guard’s occupation of Greenway in the Library; the frieze was painted by Lieutenant Marshall Lee. After the war, Greenway was handed back to the family.

Parking charges for non-National Trust members: £3. You can also pay a little more and add Gift Aid to the fee.

Parking is limited near the house, but you can easily pre book a space or like me travel on the Dartmouth Steam Railway, you have to tell the conductor that you’d like to get off at Greenway Halt and make sure you sit in one of the first two carriages of the train this is because the station itself is only short. I travelled with my Grandparents, so had arranged to meet a friend at the halt to drop them down to the house so they didn’t have to do the 20 minute muddy walk through the woodland.

Getting to the house itself is easy with a short walk from the car park or train station. There is disabled access with a shuttle bus (Golf cart) from the car park to the house. Once inside the house the only way to get to the first floor is via the stairs, so some may struggle here. The garden walks especially down to the boathouse are very much uneven and can be muddy.

Things To Do
Facilities
Helpful Tips
Weather
Nearby