Enjoy a 360 virtual tour of Peaked Tor Cove is a small pebbled cove often forgotten making it usually a quiet place to chill and relax.

This is a small pebbled beach set below a cliff which helps to shelter it from North and Easterly winds. There are lots of rock pools around when the tide is out. The main path is a little steep with 100+ steps to get down, but there are a couple grass tears with benches on the way if you need a rest. There is a second set of steps to the left that take you to the old watchers post, but I advise you don’t use these. This path didn’t seem to be maintained, with shorter steeper steps, overgrown brambles. When I got to the the watchers post at the bottom it was a little muddy, there was rubbish beginning to pile up and there was a distinctive toilet smell. I had definitely made the wrong choice, especially as i was wearing flip flops. Stick to the main path on the right.

Once your on the pebbled beach it’s nice and quite and it has a lovely view of the bay where you can either sit and chill for a bit or there are plenty of rocks and pools to climb around and check out. 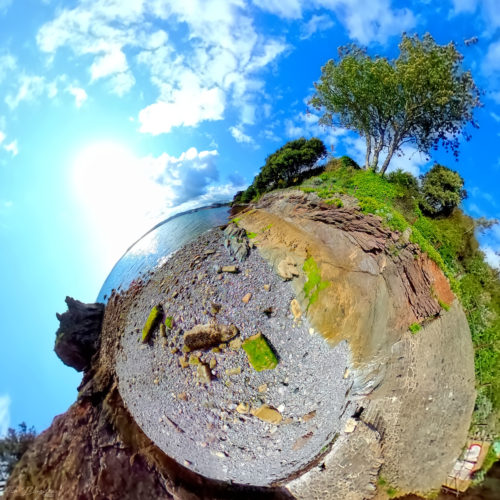 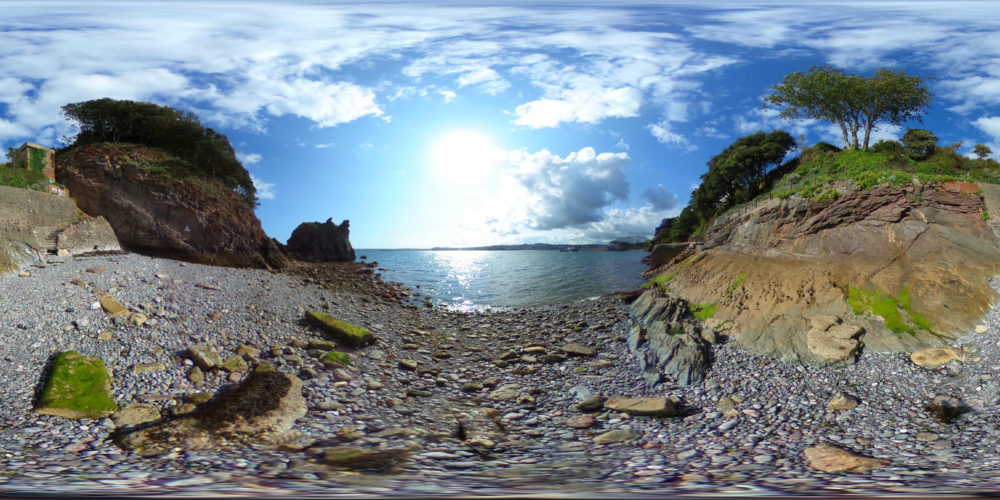 Peaked Tor Cove is part of Millstones Bay Seagrass which stretches around to Beacon Cove. It’s a sheltered bay that contains one of Torbay’s medium sized seagrass beds, covering 1.5 hectares (equivalent to 2 football pitches) The bed starts from 5-10 meters out from the shore and grows to a depth between 0-5 meters. Seagrasses are not seaweeds, but flowering plants that live submerged in shallow waters. They provide a home to hundreds of marine animals and plants, help improve water quality by filtering pollution, producing oxygen and absorbing carbon dioxide. Seagrasses are found in only a few shallow bays and estuaries around the coast. As they grow so close to shore they are very vulnerable to damage from human activity which is why seagrasses are rare and therefore protected.

In the late 19 century the beach was used as a gentlemen’s bathing beach. Peaked Tor Cove is managed by the Torbay Coast and Countryside Trust and is a place of natural beauty. At the top of the steps above the beach is an old wartime Mine Watcher’s post from where mines protecting Torquay Harbour would have been remotely detonated.  The old pill box now provides a secure roost for a local colony of Horseshoe Bats.

A public terraced garden in the late 19th century, the beach below being used as a gentleman’s bathing cove.

To reach the beach you can join the South West Coast path at Daddyhole Plain or by the Imperial Hotel in Park Hill Road.

Have you been to Peaked Tour Cove? What do you think? What should be improved?